Director-Producer Vikram Bhatt who enthralled us with his big shot projects on the silver screen, has continued to do the same post venturing into the digital space.After getting us intrigued with his hit web series’ Maya and Twisted that has got the audience hooked to their sofa’s, here he is back with an intriguing fresh web content, titled ‘Hadh’. 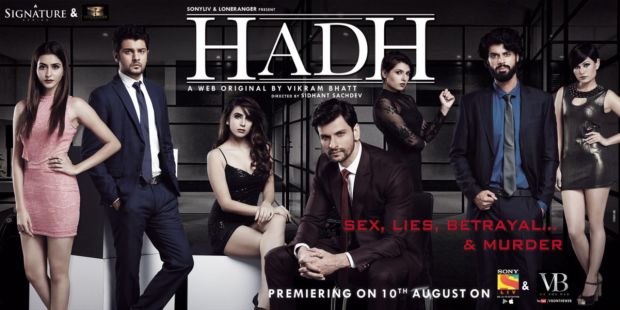 ‘Hadh’ is a gripping boardroom drama showing love, revenge, betrayal, murder and passion.
The trailer of the web-series was launched recently and the story revolves around a fight for a grand empire of a wealthy man and a race to its top.

The promo showcases the thrust of three men to capture over an empire filled in with royalty, of their ailing father. But the twist in the tale is, one out of them, is a lovechild. A perfect element of love, greed, money amalgamated with mystery is what this trailer is precisely about.

‘Hadh’ is slated to release on August 10.

Watch the official trailer of ‘Hadh’