Review Of The Most Awaited Film ‘Udta Punjab’

After much controversy, Udta Punjab opened to audience on today morning, and unlike the censor board’s earlier claims, the film doesn’t glorify substance abuse. Instead, the film has its heart in the right place: Punjab is in the grip of drugs, and only its youth can unchain it. 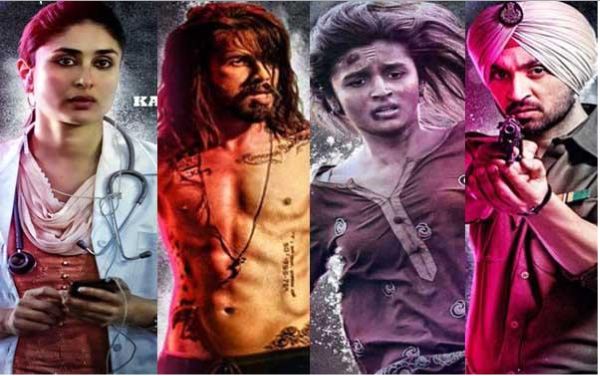 Story of the Movie

Four parallel tracks, that of a Punjabi rockstar, Tommy Singh (Shahid) a Bihari migrant, Kumari Pinky (Alia); a Sikh cop, Sartaj (Diljit) and a doctor, Preet (Kareena) address the insurgence of the drug menace in Punjab. Their lives are sometimes linked to one another but usually not.

Abhishek doesn’t waste any time exploring the unnecessary. He sticks to the brief and within the first 10 minutes, gives us a first hand account of how drugs make their way into the country. With his third film, Abhishek has pushed the boundaries of commercial cinema with his unique storytelling skills. He unfolds several layers of well crafted characters within the first half of the film.

How is the performance of Star Cast..

Shahid Kapoor gets the most glorified role in the film. The rock star Tommy Singh aka Gabru is a cocaine addict. Kapoor managed to get a perfect look for his role. his tattooed physique and funky hair style, portrays Tommy Singh to the T. He lives the character of an artiste constantly under the influence of drugs and he demonstrates it with his meteoric moods, which he displays with alarming, bone-chilling precision.

Alia Bhatt, in the most gobsmacking performance we’ve seen from her yet. Alia played the role of Bihari migrant, whose zeal for a better life captures you. Her performance as a field worker is commendable. Her struggle to escape the harsh reality is met with horrific consequences but she is a fighter, who survives the storm. The impact is such that it will stay with you even when you leave the theatre. 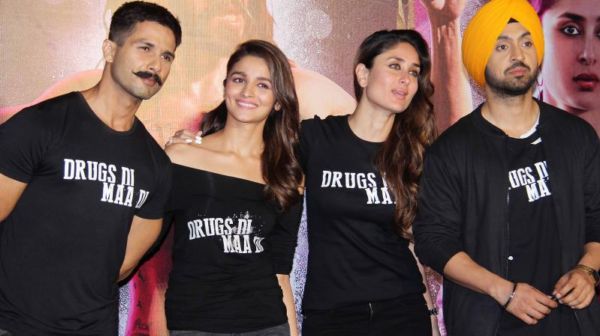 Kareena Kapoor Khan as Doctor Preet gives a vanilla performance. She is well cast as Preet, but not quite given as much to do, save for looking so perfect she eats up the words in the mouths of those around her.

Diljit Dosanjh, make his Bollywood debut with ‘Udta Punjab’ and his sincere performance will strike a chord. Punjabi cinema’s heartthrob Dosanjh is impressive and makes an impact. He is intense as a concerned brother and charming as Preet’s love interest.

Music of the Film:

Music by Amit Trivedi is apt for the film’s setting and enjoyable enough. The way Abhishek uses Benedict Taylor and Naren Chandavarkar’s background music to aid its storytelling is laudable. The song Ikk Kudi sung by Shahid Mallya and composed by Amit Trivedi brings a glimmer of hope in the otherwise dark film.

Overall, ‘Udta Punjab‘, with all the hype it created in the media for its “expression of creative freedom” is worth a watch, only for the performances and social message.