‘Kabali’ Review – Mega-star Rajinikanth Most Awaited Film Of The Year 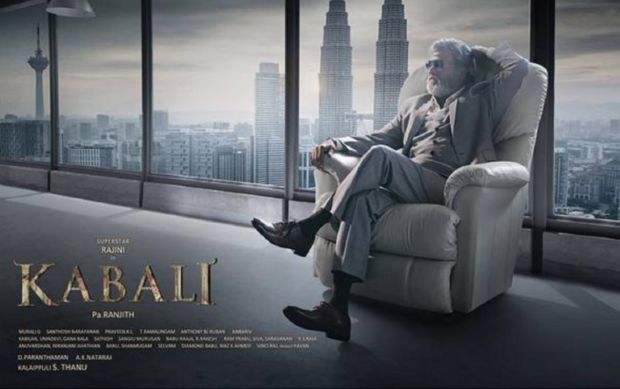 Rajinikanth’s most awaited film ‘Kabali’ is released in cinemas. Kabali is an action thriller movie, which is directed by Pa. Rajinikanth. Radhika Apte plays Rajinikanth’s wife in the film. While filming mostly occurred in Malaysia, smaller scenes were shot in Bangkok and Hong Kong.

Story of the movie: Rajinikanth portrays the role of a gangster in the movie. He spends 25 years of his life in jail, when he returns, he is in for a surprise, which is gradually revealed to the audience. Why was he locked up in a Malaysian jail for such a long period of time is shown in the flashback. The rest of the film deals with what Rajini does to get back his lost life and how he achieves his prime task, for which he was jailed all these while. How he fights to save his world and help the downtrodden Tamilians in Malaysia forms the crux of Kabali.

Direction: The film’s screenplay is a bit weak in the first half. However, film’s story and camera shots are good. The film’s direction is not as great, but for fans, Rajinikanth’s acting is just worth.

Watch Or Not: If you are a die heart fan of Rajinikanth, than you must watch this movie. Do not think, just head over to the theaters.