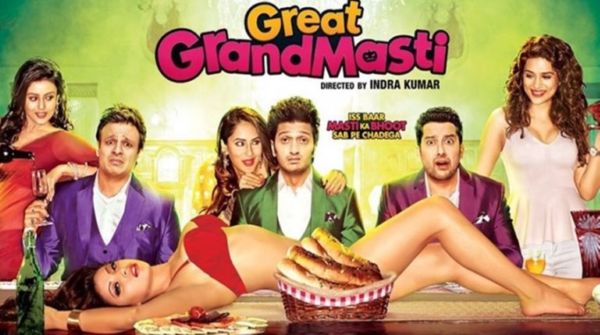 The third installment of the Masti series, Great Grand Masti, released in theatres today. Directed by Indra Kumar, the makers have added a new twist in the third part of the adult comedy by introducing a ‘hot’ ghost character.

Story of the movie: Great Grand Masti” revolves around the story of Amar Saxena (Riteish Deshmukh), Meet Mehta (Vivek Oberoi) and Prem Chawla (Aftab Shivdasani), who encounter a ‘femme fatale’ Ragini (Urvashi Rautela) in a small town. Ragini is everything they had dreamt of. But how she slowly turns into their worst nightmare forms you have to see the movie.

Direction: The movie is filled with bold and notorious scenes by the debutant actress, nothing to entertain and excite about. The script is quite familiar with the earlier versions of Adult Comedy which failed to appeal and enthusiast the audiences.

Watch Or Not: It is better to find another option this week.