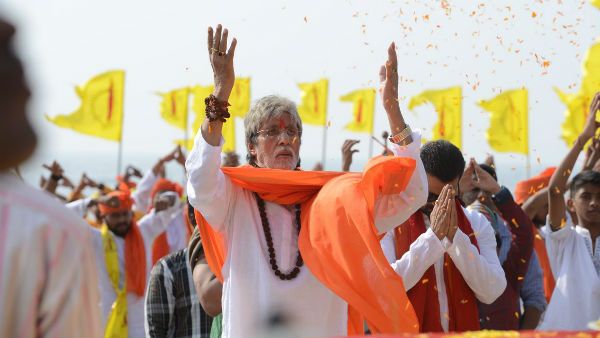 Amitabh Bachchan starrer ‘Sarkar 3’ has been released in cineplexes. This film is the third in the Sarkar series directed by Ram Gopal Varma.

Annu Karkare (Yami Gautam) thinks that “Sarkar” (Amitabh Bachchan) is responsible for the death of her father and plots to revenge his death. Sarkar has his own personal battles with his grandson Shivaji Nagre (Amit Sadh). Parallely the political and corporate movements pose threats to Sarkar’s dominance. How Sarkar deals with his adversaries forms the roots of the story.

Once again Amitabh Bachchan seems to be delivering strupendous acting and excellent dialogues. His presence makes every frame perfect. The casting of the film is outstanding. Ronit Roy, Jackie Shroff, Manoj Bajpayee, Amit Sadh, Yami Gautam all have played their own characters perfectly.

The music of the film is nice. The background score is good.

The film’s direction, locations and camera work is fantastic. Makers tried it to keep surreal. The story of the film is regular, which can easily be predictable. If some more finesse work was done than the film will be on another level. Screenplay with such a great starcast could have been better. The only thing to strike you from the beginning will be the visuals.

Watch Or Not: The movie can be seen only for the performance of Amitabh Bachchan.