Review Of The Film ‘Shorgul’ 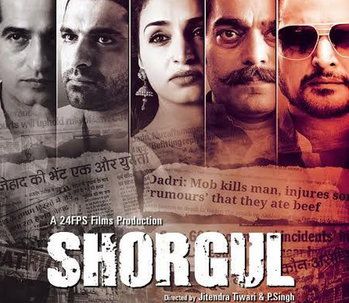 ‘Shorgul’ is released in cinemas. The movie is based on political drama, which is directed by Pranav Kumar Singh and Jitendra Tiwari.

Story of the movie: In Maliabad (a small town in Uttar Pradesh), a local politician’s son Raghu falls in love with a Muslim girl named Zainab. She is engaged to a boy from her community but Raghu can’t help but harbour feelings for her. This unrequited love story ends in bloodshed. The shooting of the movie takes place in U.P.

Star Performance: Ashutosh Rana and Jimmy Shergill played their role brilliantely, actress Suha Gezen also perform excellent job, the other characters have also done well. There are many such characters, who have not been fully cached, Eijaz Khan also worked brilliantely.

Direction: The direction of the film is brilliant, but the story seems quite repeatitive. Locations of the movie are nice.

Watch Or Not: If you like political drama than you can see the movie at once.