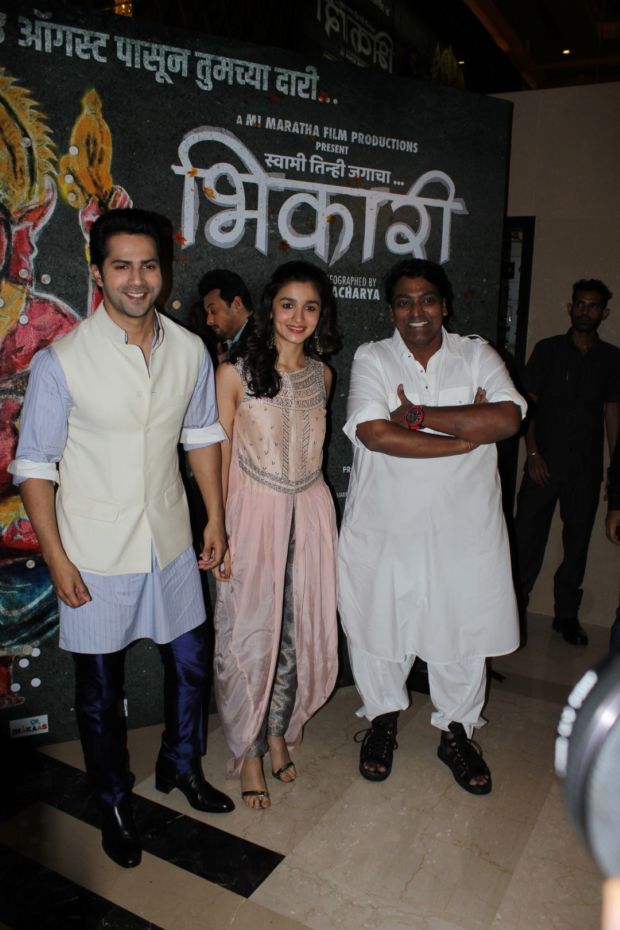 Both the actors chose to come in their desi avatars at the event. While Varun sported an off-white jacket over a white kurta and purple pants, Alia sported an embroidered peach coloured full-length front slit kameez and grey pants. 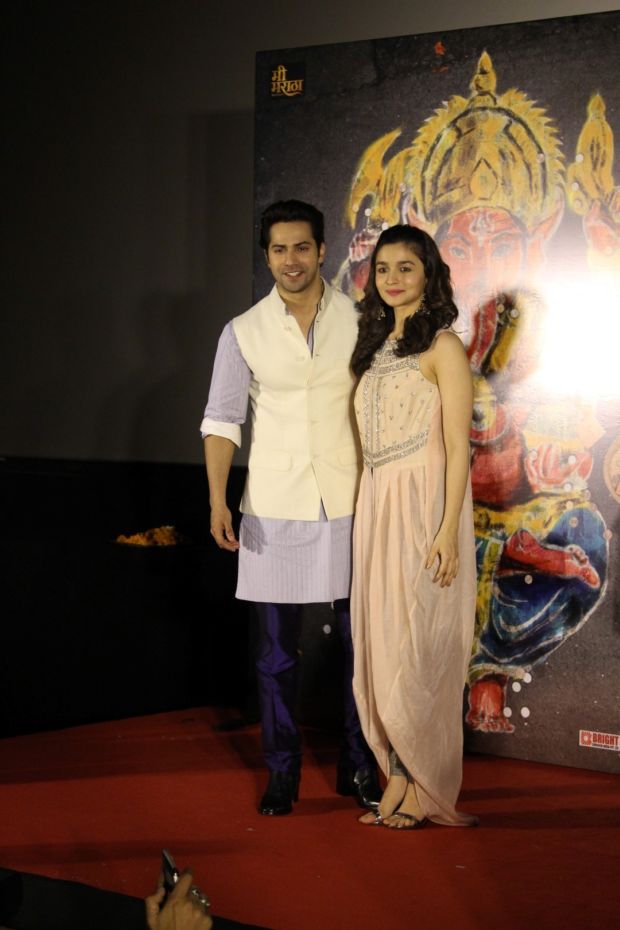 As much as their fans loved them in their films like “Student Of the Year”, “Humpty Sharma Ki Dulhania” and their last release “Badrinath Ki Dulhania”, their cupid moments behind the camera also grab eyeballs. 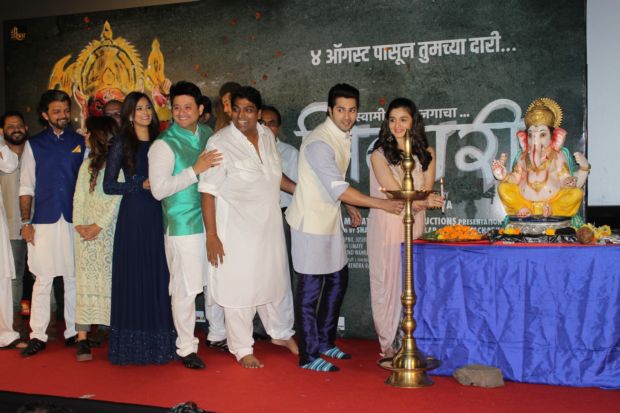 Praising Acharya, Varun said: “Masterji (Ganesh) has been biggest part of my life. I know him since my childhood. I have grown up in front of him, so I am a bit emotional launching his film’s song. Many choreographers choreograph songs from their mind, but he is the only person who choreographs songs from the bottom of his heart.” 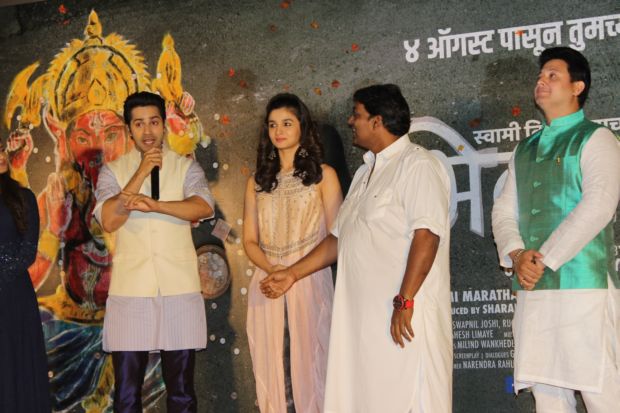 Varun said Acharya is a devotee of Lord Ganesha. “In this song as well, I could see each artiste dancing in the song with full dedication and not for promotion of the film as it was all coming from within them. He has massive faith on Ganapati and that is the reason I know his film and his team will be successful,” he added. 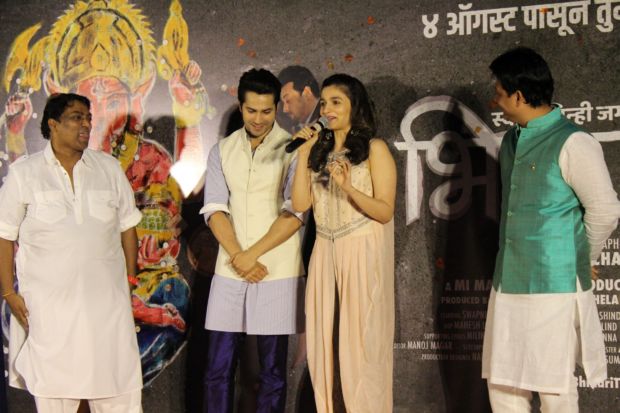 Alia, who has worked with Acharya in “Badrinath Ki Dulhaniya”, said: “Masterji (Ganesh) is definitely a master of all as he is a master of expression, dance and heart. I have just started knowing him… Varun and I have both worked with him in ‘Badrinath Ki Dulhaniya’ and at that moment, I just thought that I should absorb and grab his talent in terms of expression, dance and everything.” 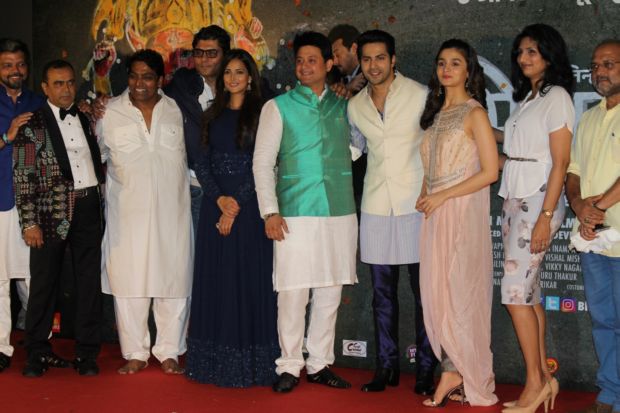 Talking about the song, Acharya said: “I am extremely happy that my Ganapati song has been launched by Varun and Alia. We have worked very hard for the film. We are not looking this film as Hindi or Marathi as we have tried to raise the bar and scale of the film.” 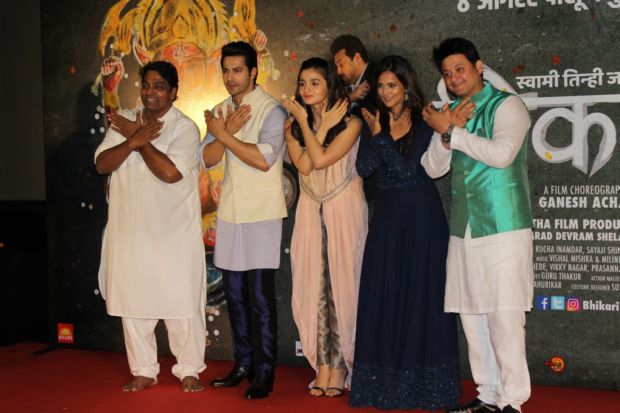 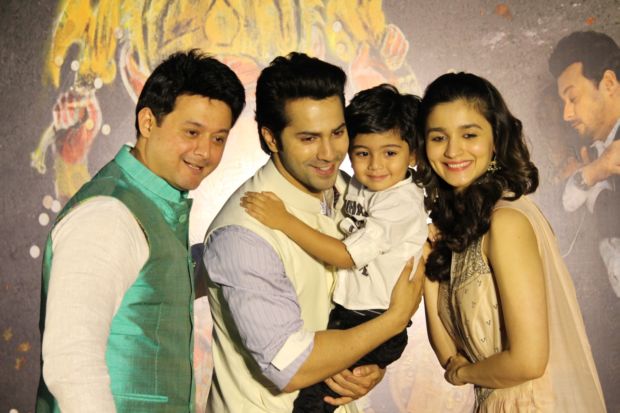 “Bhikari” plot revolves around the sensitive relationship between a mother and her son in the backdrop of their business. The film features actors Swapnil Joshi, Rucha Inamdar, Guru Thakur, Sayaji Shinde, Milind Shinde, Kirti Aadarkar and Pradip Kabra among many others. 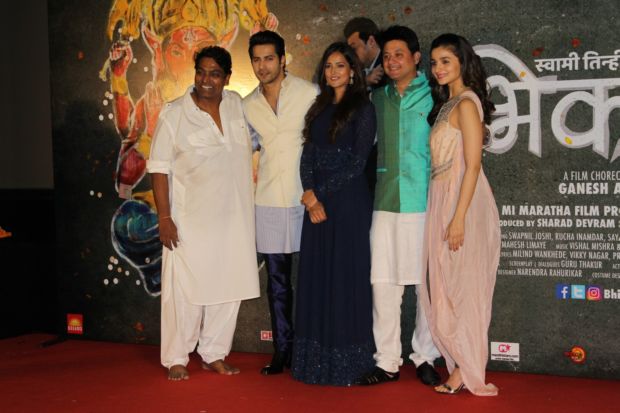 On the professionnal front, Varun will next be seen in his dad David Dhawan’s movie “Judwaa 2″, which also stars Taapsee Pannu and Jacqueline Fernandez. 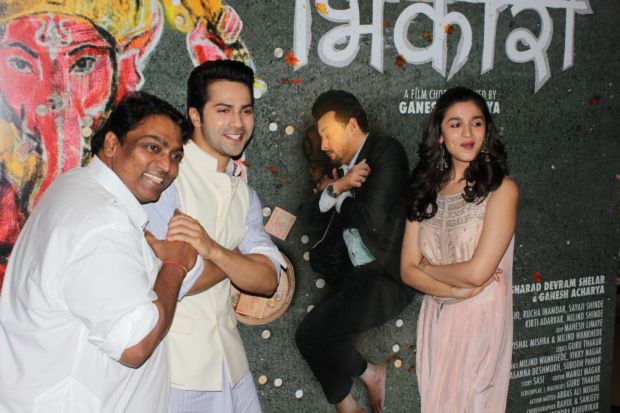