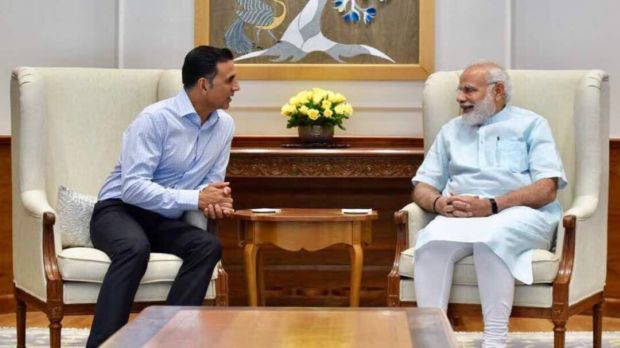 After hearing the name of the film, PM Narendra Modi could not stop himself from smiling for long.

Akshay took to twitter and wrote -“Met PM @narendramodi and got the opportunity to tell him about my upcoming ‘Toilet-Ek Prem Katha.’ His smile at just the title made my day!,”.

It was earlier said that the film was based on Modi’s Swachh Bharat Abhiyan. Akshay’s film talks about sanitation and the need to have a toilet in every household to reduce health issues among women and children who are extremely prone to the unhealthy environment due to open defecation.

The film also stars Bhumi Pednekar in the lead role.

Directed by Shree Narayan Singh, the film is slated to release on August 11 this year.