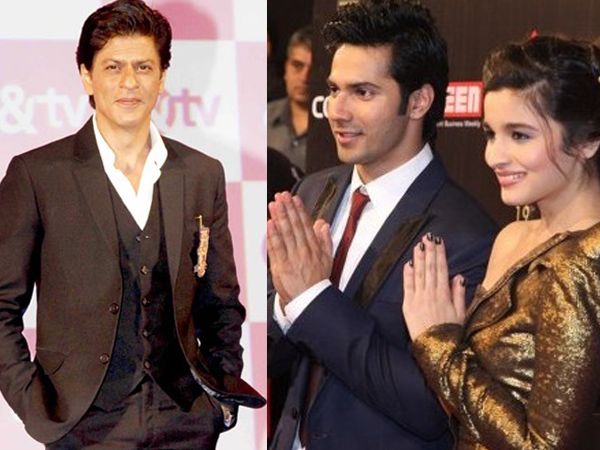 Shah Rukh Khan and popular International artist DJ Diplo have come together for ‘Jab Harry Met Sejal’. Yes, recently the Khan had met DJ Diplo in Los Angeles, soon rumours spread that they are joining hands for a song in the Imtiaz Ali directorial. This was later confirmed by the Badshah.

Yes, the new song ‘Phurr’ from ‘Jab Harry Met Sejal’ that has been composed by Pritam Chakraborty has got for the first time International artist DJ Diplo on board. Shah Rukh shared the first look of the song with Varun Dhawan and Alia Bhatt.

It so happend that Varun in a tweet tagged Shah Rukh and said that he is listening to romantic song “Hawayein” on loop.

Shah Rukh was super quick to reply and wrote, “Am so happy u r in love. Sending u and Alia the new song. Phurr… u both being young will hopefully like it.”

Anushka Sharma and SRK are on a promotional spree of JHMS. Reecntly they were spotted in Benaras where Shah Rukh went down on his knees and sang famous killer Bhojpuri track “Tu Lagawelu Jab Lipastic” for Anushka. The Imtiaz Ali directorial will be releasing on August 4.