Like every year, this year’s brand new list by Forbes announcing the world’s 100 highest-paid celebs is here. Shah Rukh Khan has been the topping amongst Bollywood celebs in the list this year too. Also, featured in the list are actors Salman Khan and Akshay Kumar. SRK has been placed at the 65th position in the list, as he has reportedly earned $38 million in the year. This is a major improvement as he was placed at the 86th position last year. Here’s what the Forbes list mentions about the actor, “from acing roles in blockbuster Bollywood movies such as ‘Raees’, for which he earns upfront fees and a cut of the back-end for his efforts. He also cashes in on endorsement deals for number of brands most Americans have likely never heard of.”

Salman Khan has taken the 71st position in the list, with earnings of $37 million thanks to his blockbuster movie ‘Sultan’ last year and his upcoming movie ‘Tubelight’ which will be earning a massive amount with the rights of the movie already being sold. The list has this to say about Salman Khan, “Khan continues to produce and star in films, earning top rupee for flicks such as ‘Sultan’, which went on to become the second-highest grossing Bollywood movie of 2016. He remains one of India’s biggest stars, despite criminal controversies.” 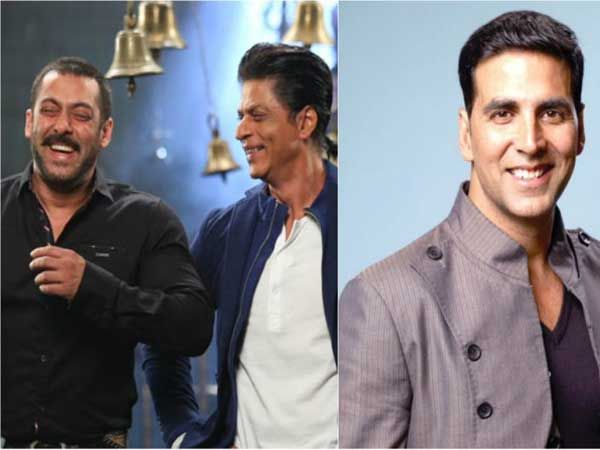 Akshay Kumar has been placed at the 80th position thanks to his four movies a year goal and all being great hits. Forbes says this about Akshay Kumar, “Akshay mints millions through both starring and ensemble roles. He still keeps busy, starring in four movies in our scoring period. Kumar also pulls in seven figures hawking products from deodorant to Eveready batteries.”

Sadly, Amitabh Bachchan and Aamir Khan did not made their entry to the list this year.