Salman Khan’s rumoured girlfriend Iulia Vantur has become a vital part of his life. From attending family gatherings to frequent visit to the Khans, Iulia and Salman are definitely planning something serious. 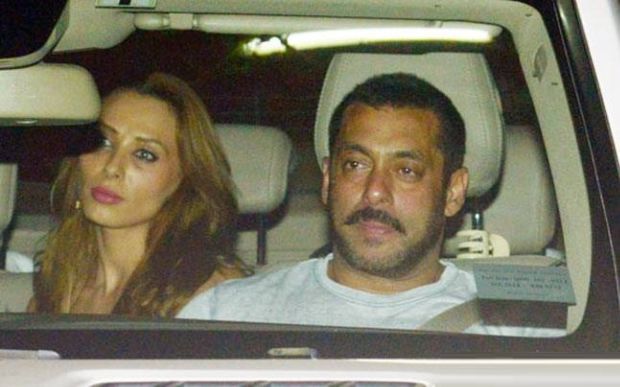 While Salman Khan is busy with his two much awaited films “Tubelight” and “Tiger Zinda Hai”, his rumored ladylove Iulia Vantur is also glittering her Bollywood career by singing songs for Salman Khan and Himesh Reshammiya.

And now according to some reports Iulia Vantur has been linked to Salman Khan’s ‘Dabangg 3′ as well.

As reported in BombayTimes.com, a source close to the film told, “Salman’s brother, Arbaaz, who will be directing Dabangg 3, has an interesting role for Iulia. But she won’t be replacing Sonakshi Sinha. Sonakshi will continue to remain a part of the ‘Dabangg’ brand.” Well, even though we are in love with Salman and Sonakshi’s dabangg jodi, it would also be fun to watch Salman Khan and Iulia sharing a romantic track.

Now, if Salman and Arbaaz have to take a call about Iulia’s presence in the movie, then we are sure that it is going to be a special one.

Salman Khan on the other hand has won millions of hearts with his cute like a button avatar in the film “Tubelight”. The teaser has kept the fans eagerly waiting for the Trailer. Well now that Salman’s girl has impressed all with her voice already, she is ready to unviel her acting skills soon.