Gossips about Salman Khan dating Iulia Vantur has been in the news for a long time now. Both of them have been spotted together at many events. It is also being said that the couple planning to tie the nuptial wedding knot as well. However, there has been no official confirmation on their relationship status. 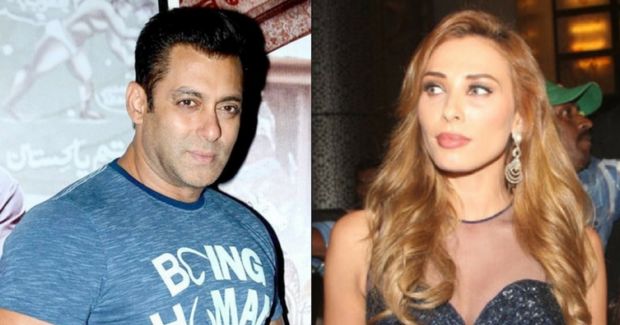 Few days ago, Iulia was also there in Maldives where the entire Salman Khan’s family was celebrating Arpita Khan Sharma’s son, Ahil Sharma’s birthday. After their return, Salman also gifted a lavish apartment to Iulia so that she can stay comfortably whenever she comes to India.

These stuffs give out a cyrstal-clear message that Salman and Iulia are gelling well. However, the latest reports suggest something else.

Reportedly, all is not doing well between Salman and Iulia and the reason happens to be the Da-Bangg tour.

If reports are to be believed, than Iulia expressed her interest to sing at the tour but Salman refused. In fact, the organisers of the show were also not so keen to have Iulia singing in the show and since Salman didn’t supported his lady love, Iulia got damm upset.

Salman along with Sonakshi Sinha, Daisy Shah, Badshah, Maneish Paul, Tamannaah and several others went to Hong Kong, Auckland, Sydney and Melbourne for Da-Bangg tour. Salman’s family including sister Arpita, brother-in-law Ayush and mother Salma Khan were accompanying the actor on this tour but the actor’s lady love was missing in action.

We just hope that all should go well between the Two..