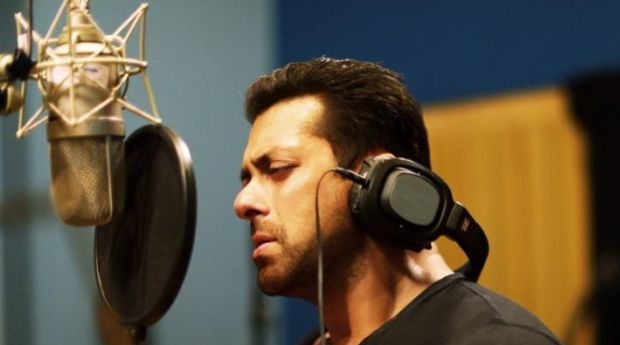 Talking to mid-day, composer Vishal Mishra revealed, “Salman’s grasping power is superb. I was surprised when he completed recording of the song. Gachi, in 45 minutes flat.” He also unvieled that Gachi is a recreated version of old 1956 classic from Chori Chori, Panchi banu Udti Phiru, which is one of the Salman’s all time favourite songs.

Vishal Mishra also revealed that to make things easier for ‘bhai’, he had recorded the song in his voice first. After listening to the composer’s voice over and over again, it was easier for him to pick up the song. “He had heard the song so many times that he picked it up quickly. His voice had more power than mine.”

He admits that auto-tuner was used to enrich the song. “I have composed 16 songs for the film and used auto-tuner in each of them. In Salman’s case, we used it to refine the edge.”

He also revealed that after the song was recorded it was disapproved by film’s director Mahesh Manjrekar, as he felt the Marathi diction at certain places was not upto the mark. “I was happy post dubbing with Salman, but Mahesh ji felt Marathi words sounded wrong and asked me to dub it once more. I approached Salman and he blissfully agreed to re-record the song,” concluded music composer Vishal Mishra.