Bollywood actress Preity Zinta turns 42 today. The lovely birthday girl was spotted outside the restaurant with her friend Fardeen Khan. 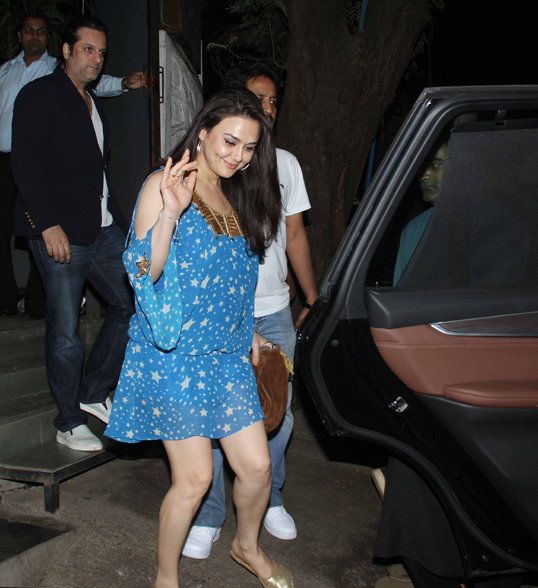 Preity was looking gorgeous in fashion designer Surili Goyal’s blue dress. While Fardeen opts a blazer with denims with his half hair tied in a pony. 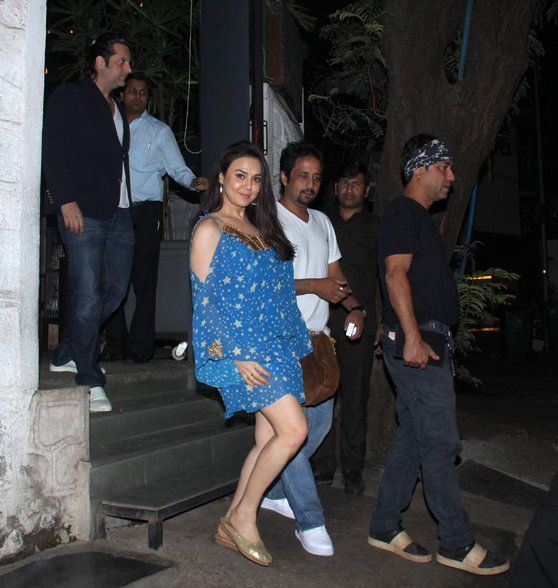 The chocolate boy of the 90s, who has been missing from the scene for a while now, made an exception for Zinta’s birthday as he accompanied the birthday girl.