Ranbir Kapoor, who has been busy shooting for Sanjay Dutt‘s biopic is in the headlines again. If reports are to be believed, than the actor might be planning on getting married. 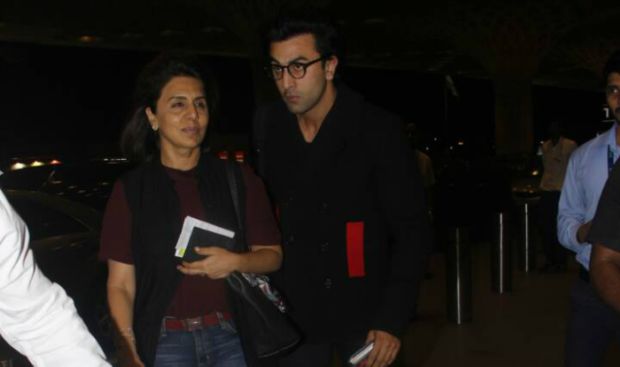 Recently Ranbir and his mom Neetu Kapoor’s were seen at the Mumbai airport and pictures were of the same were going viral.

Fans of the actor are still trying to figure out why the mother-son duo left for London. A source has revealed to an entertainment portal that the reason behind this inexplicable trip and it is damn horrifying.

A source told to Deccan Chronicle, “The London visit could very well be for a meet and greet with a well known family in London for the actor’s marriage. Though nothing is confirmed as of now, but time will tell.”

From a very long time, Neetu Kapoor was trying her level best to convince Ranbir Kapoor to get married.

Ranbir Kapoor’s breakup with Katrina Kaif left B-town and all their fans in a freezing state. They parted ways in early 2016. There were speculations that the duo might give their relationship another chance but nothing as such ever happened.

On the professional front, Ranbir Kapoor and Katrina Kaif are gearing up for the release of ‘Jagga Jasoos’ directed by Anurag Basu. The movie is expected to release in July this year.