As the entire nation is eagerly waiting to watch the first day, first show of SS Rajamouli’s ‘Baahubali 2′, the fans of the franchise in Chennai will have to wait a little longer to watch the magnum opus on 70mm.

As per some film industry sources , early morning shows of “Baahubali 2: The Conclusion” were cancelled on Friday due to some financial issues in Tamil Nadu. 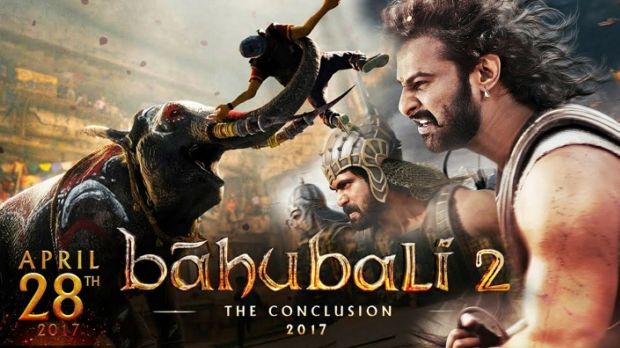 “Tamil Nadu distributor K Productions owes Rs 15 crore to Arka Mediworks, the makers of ‘Baahubali 2’. Arka is yet to issue KDM for the release of Telugu and Tamil versions of the film in the state,” a source told IANS.

A cineplex owner, on the condition of privacy, said the issue is likely to be settled by the afternoon.

“Talks are being currently held to settle the issue of delay. Shows are likely to open from noon,” the theatre owner said.

Although Hindi version of the movie got released in Tamil Nadu.

“The Hindi version didn’t have any issues because it’s being released nationwide by Anil Thadani,” the source added.

Meanwhile, “Baahubali 2” has released in other parts of the country and receiving great responses.

Reportedly, the producers did not give clearance to the distributors to screen the film before 11am. And therefore, no screening of Baahubali 2 will take place before 11 in the morning in Chennai.

At 3am in the morning close to 100 people had gathered outside the Rohini theatre to get the answer for the mysterious question of the year, “Why did Kattappa kill Bahubali?” But all of them were in for a shock and in sad mood when the first shows of the movie across the city was cancelled.

The release of Baahubali 2 is put on a stake, as a sub-distributor had failed to return the money to a theatre right holder in Tamil Nadu. While the talks are on to release the film at the earliest today, theatre assistants believe that the issue would be resolved by 11 am. Tickets booked for the morning shows got cancelled and will be refunded.

The theatrical right holder has agreed to screen Baahubali 2 for the day. But If the settlement is not done latest by tonight, the shows will be stopped from tomorrow. The screening of ‘Baahubali 2′ will start from 11 am.