Malaika Arora And Arbaaz Khan Are No More Together, They Are Legally Divorced!

Malaika Arora and Arbaaz Khan are no more together and have finally ended their 18-year marriage. The legal proceedings are all over, and the Bandra family court today granted Malaika and Arbaaz a legal divorce. 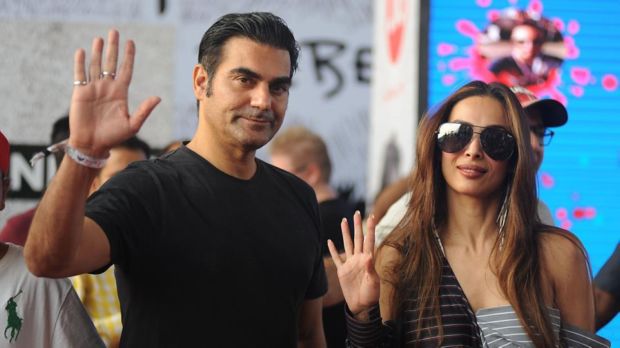 Malaika and Arbaaz will continue to be co-parent of their son Arhaan. While Malaika has been given his custody, Arbaaz is free to visit him whenever he wishes.

The couple, who married in 1998, had filed for divorce on mutual consent last November(2016). Where many expected the couple might reunite over time considering they even attended the Justin Bieber concert together with their son Arhaan last night. However, they are maintaining this sociable relationship only so that their divorce doesn’t affect their relationship with their son.

The couple’s lawyers, advocates Kranti Sathe and Amrita Sathe Pathak told HT that Malaika had not sought any alimony from Arbaaz Khan.

On the other hand, Malaika Arora Khan has been constantly linked up with Arjun Kapoor. The duo were spotted constantly with each other but the actress always refuted the gossips.

Malaika Arora and Arbaaz Khan met while shooting an advertisement for a coffee brand. They married in 1998, after featuring together in a music video. Over the years, Malaika has featured in films starring or made by Arbaaz, like Dabangg. In 2015, they co-hosted Power Couple, a reality show.