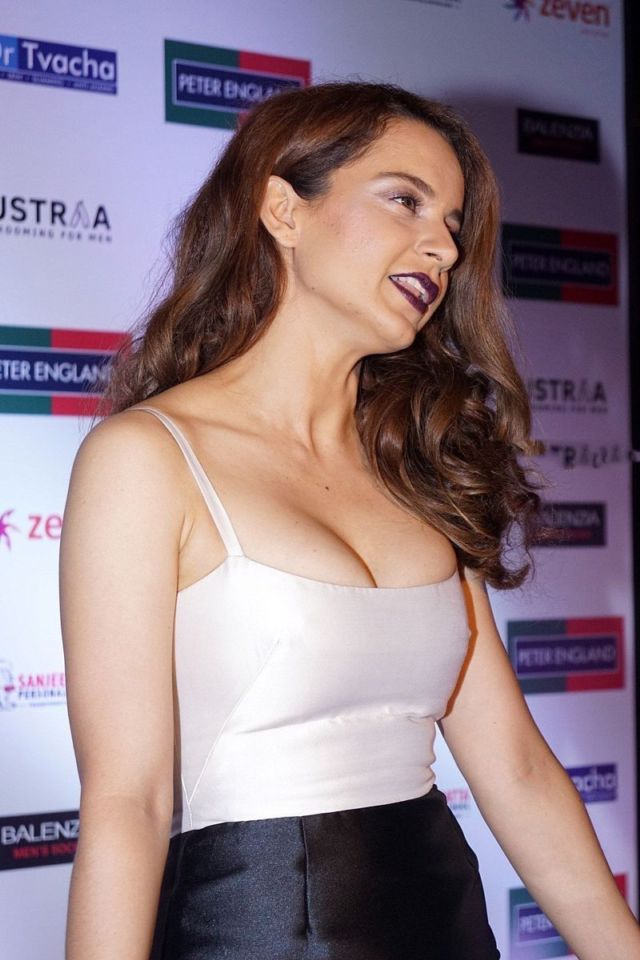 Doing a complete turnaround from yesterday was Ms. Ranaut going dark for her appearance at the Mr. India pageant. The actor sported a Bibhu Mohapatra fitted dress that featured a tulle train but instead of going classic, she opted for a dark purple lip.

I liked the idea and do love the dark lip, my issue was with the dress. The tulle train looked awkward but the bigger issue was the fit. It was just so tight at the bust, I am having a tough time breathing just looking at her.