International pop star Justin Drew Bieber arrived at the Mumbai Airport early on Wednesday for his thunderous concert in India as part of his Purpose tour. But his desperate fans just can’t hold their excitement and oozed out at the airport itself to get a sight of their favourite popstar! 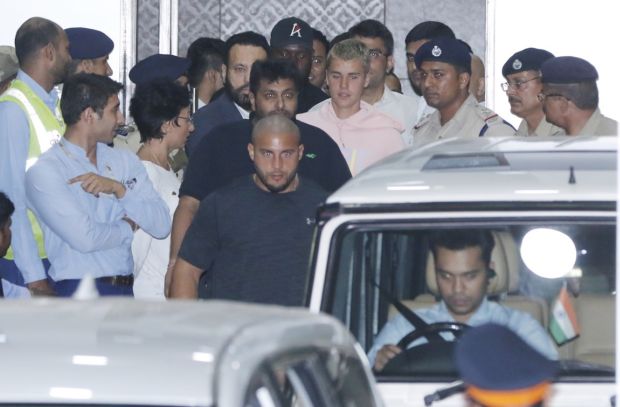 The 23-year-old singer arrived at the Kalina airport at around 1:30 am on a chartered flight along with his crew.Bieber was spotted wearing a pink hoodie as he rushed out of the airport to enter the special vehicle that was waiting for him.

Several hundreds of mediapersons, shutterbugs and fans had positioned themselves at various points outside the Mumbai Airport for a glimpse of Bieber. 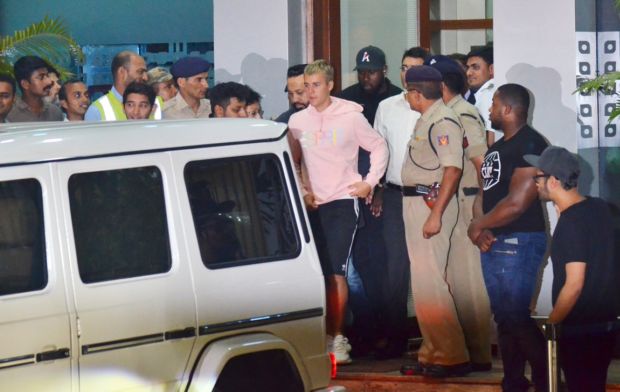 Bieber will be performing at the DY Patil Stadium in Nerul on Wednesday night.

Bieber was escorted at the airport by Bollywood superstar Salman Khan’s bodyguard Shera, who is in charge of the former’s security in Mumbai along with additional special Z-level security provided by the Mumbai Police. 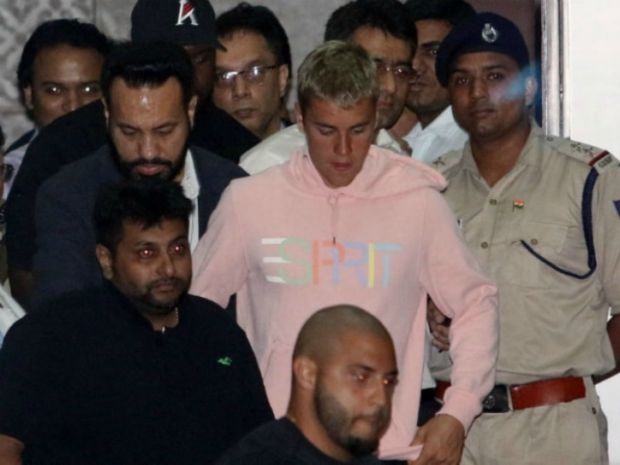 Many reports says that about 1,500 security personnel including 500 policemen have been appointed to provide full security cover.

Around 45,000 Beliebers are expected to be appear for the Grammy-winning singer’s first-ever show in India.

During his trip to India, Bieber is expected to visit New Delhi, Jaipur and Agra.