Farhan Akhtar And Disha Patani Will Be Seen Romancing In “Honeymoon”!

As per sources, Ashutosh Gowariker and Farhan Akhtar might be collaborating for their next. Reports have it, this will be an action-packed film which will be extensively shot in the exotic location of Europe.

The source had told the tabloid, “Ashutosh is taking a break from history and serious subjects with a stylish, modern, action-packed caper which unfolds in Europe. Farhan is the leading man. The hunt for an actress opposite him, as also other members of the cast, is ongoing.” 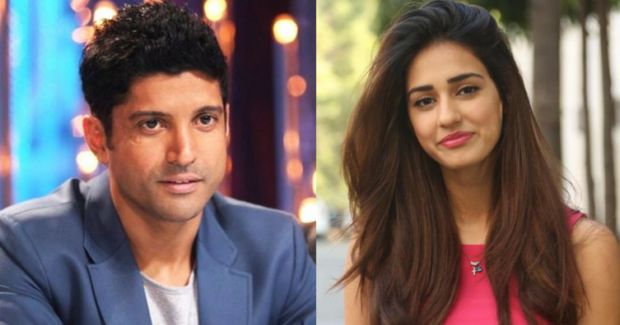 Talking about it, a source told the leading daily, “Ashutosh’s next film is a suspense thriller about a newlywed couple. It’s a performance-driven film. The makers have decided title already. They plan to call it Honeymoon. The film is scheduled to go on floors soon, sans the film’s leading lady, if need be.”

Ashutosh has already approached Disha Patani to star opposite Farhan. “He loved her in MS Dhoni and feels she has an amazing screen presence. Talks are there at an advanced stage with the actress for the film. Ashu and his team met Disha and her team and discussed the project recently. The actress has liked the script, but certain changes are being worked out.”

The problem is Disha Patani is quite excited about this project but at the same time she is not sure of signing it as she is waiting for the confirmation on Karan Johar’s film ‘Student of the Year 2’.

The source concluded by saying, “Disha has caught the fancy of several banners, but she is opting out of most big projects as she is waiting for Dharma’s Student Of The Year 2, which she thinks will happen soon. She has definitely spoken to Ashu, but not signed the film yet.”

In case she does, It will be interesting to watch another fresh pairing on-screen.