Confirming the news producer Prakash Jha said, “Ekta is someone who has always done some path-breaking work and with a lot of her women characters, she’s inverted the power structure on television, making the woman protagonist the epicenter of power. She’s a strong and dynamic studio head. In that sense she has a strong feminist pulse.I was very keen to know what she felt. And as soon as she finished watching it, she told me she and her studio wanted to present it to a much wider audience. I thought it would be fantastic for the film.” 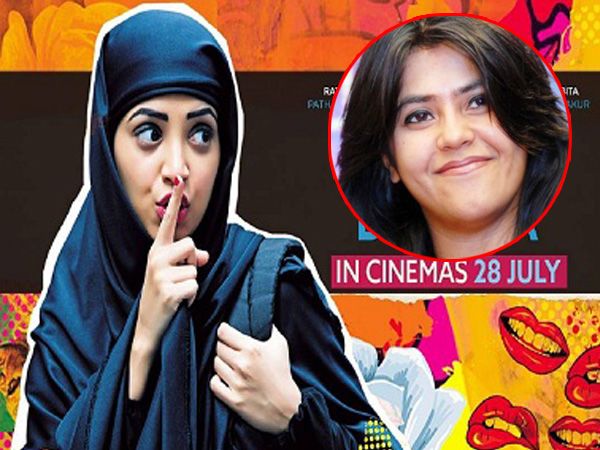 Ekta said she is proud and feel immense pleasure to present the film which “celebrates women and their sexuality”. “I entered the screening knowing i was going to watch a well appreciated film, but not only was I totally blown away by the content, I felt it was both credible and entertaining. Rarely do we have credible entertainers that stimulate the mind and are peppered with spirit and humour. Lipstick Under My Burkha, signifies a rebellion of the mind and is a film that celebrates women and their sexuality. I believe that this is story that needs to be told and wanted to put all the muscle behind a film like this,” she affirmed.

‘Lipstick Under My Burkha’ stars Konkana Sen Sharma, Ratna Pathak Shah, Aahana Kumra and Plabita Brothakur. It follows four small town Indian women between the ages of 18-55 – A burkha clad college girl, a young beautician, a mother of three and an aging widow – who decide to proclaim their personal and sexual rights.