Zaheer announced the good news on his social networking site. Zaheer shared a picture of him with the lady love ‘Chak De! India’ actress glittering with a rock in her ring finger and wrote, “Never laugh at your wife’s choices. You are one of them !!! Partners for life. #engaged @sagarikavghatge.”

Sagarika too shared a picture on her Twitter account and entitled it as “Partners for life !!! #engaged @ImZaheer” 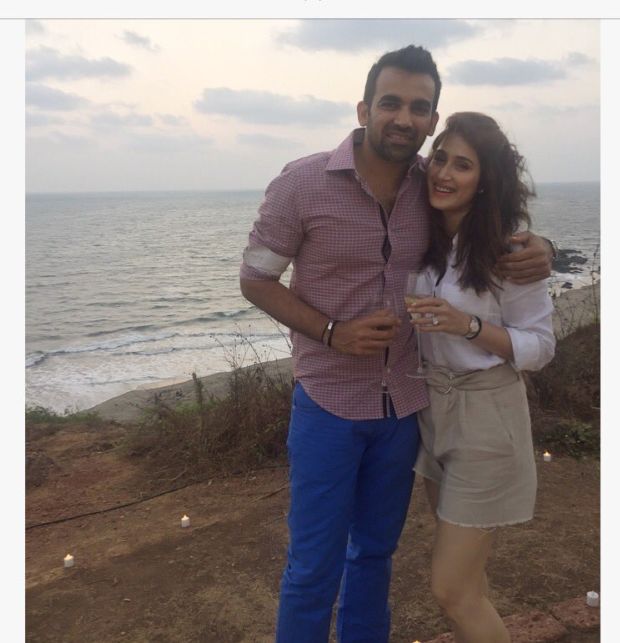 According to recent reports, Zaheer called Sagarika to fly down to Goa as he had two days off before his next match in the ongoing IPL matches. It was during this time that the cricketer asked the question to his leadinglady.