Good News! Wedding Bells are round the corner!

Popular comedienne Sugandha Mishra as the laughter queen, who was seen playing the role of geeky yet funny teacher ‘Vidyavati’ in ‘The Kapil Sharma Show’, is deeply in love with none other than her co-star Dr Sanket Bhosale from the same show. 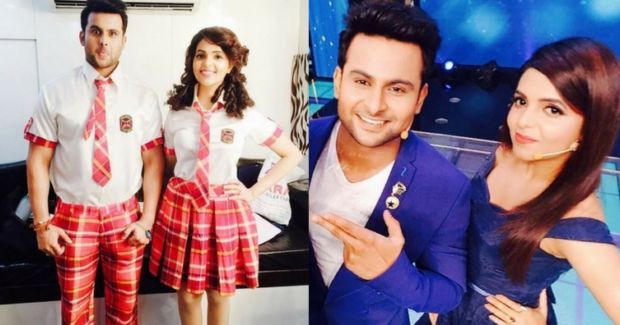 Yes, it’s correct ! Comedian Sanket Bhosale who is mainly famous as the guy who acts like Sanjay Dutt and mimics him on various shows including The Kapil Sharma show.

According to a famous entertainment portal, “Sugandha is deeply in love with Dr. Sanket and is pushing him alot to make her boyfriend famous with a big fame in the world of comedy. Sources close to couple say that a marriage is on the cards.”

“Sugandha and Sanket have been in relationship for a year and it was Sugandha who got Sanket the role of Baba in The Kapil Sharma Show. She wants that Sanket should get as much fame and respect like Kapil Sharma and Sunil Grover. Sugandha and Dr. Sanket are really serious about each other and will marry soon.”

We are really happy for Sugandha Mishra and Sanket Bhonsale. All the best to the couple for their future.