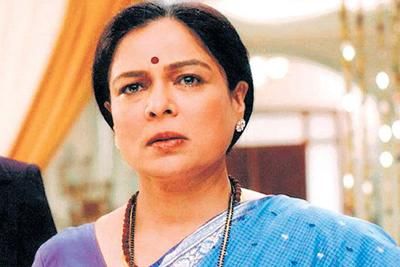 The sudden demise of renowned bollywood actress Reema Lagoo has left the entire film industry and her fans in shock. Veteran Bollywood actress Reema Lagoo passed away at the age of 59 after reportedly suffering from heart attack. After the actress complained of chest pain on Wednesday night, she was rushed to Kokilaben Dhirubhai Ambani hospital in Andheri, Mumbai where she took her last breath.

The actress has played the reel mom of several Bollywood stars like Salman Khan, Shah Rukh Khan, Sanjay Dutt and many more in several superhit movies like ‘Maine Pyar Kiya’, ‘Kal Ho Naa Ho, ‘Hum Aapke Hain Koun..! and ‘Hum Saath-Saath Hain’. Waking up to the sad news, many B-town celebs mourne and took to their social networking websites to express their sorrow on her unfortunate departure.

Reema Lagoo’s son-in-law told news agency PTI, “She was complaining of chest pain so we took her to hospital around 1 am. She passed away due to a heart attack around 3.15 am. She was perfectly fit and had no health issues…so it is really shocking for all us that she is no more with us.”

Here is how many B-town Celebs felt after hearing this news! 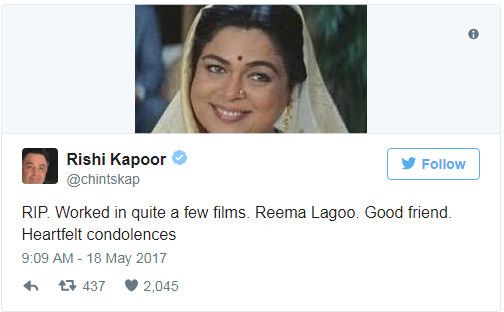 Reema Lagoo was a veteran of the Marathi stage and appeared in several high profile Bollywood films. Reema Lagoo is survived by her daughter Mrunmayee, also an actress. 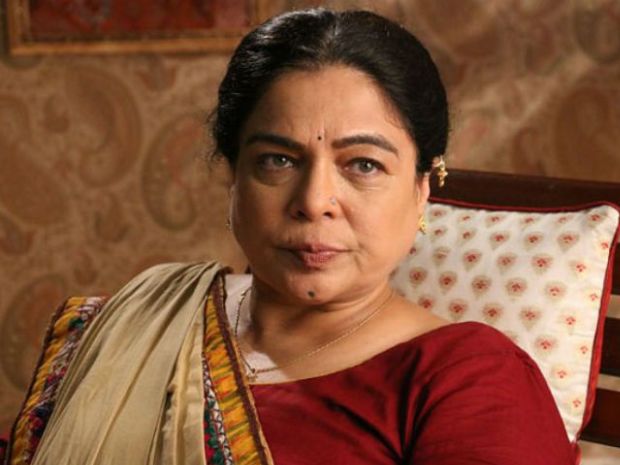 She was recently seen in Star Plus’ popular show ‘Naamkarann’ .