The news of Aamir Khan and Amitabh Bachchan coming together in a film for the first time was a big news, but the casting of the leading lady opposite them, however, saw a game of musical chairs until recently. 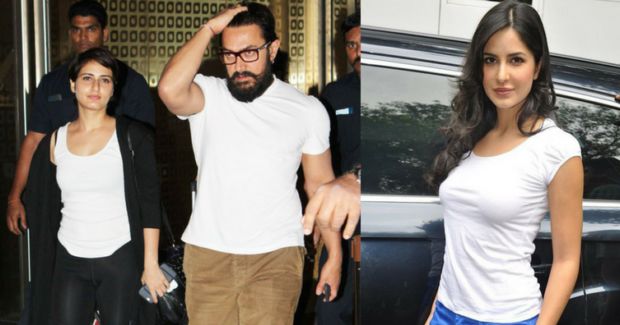 It was just recently confirmed that “Dangal” actress Fatima Sana Shaikh who played Aamir Khan’s daughter in the film, has also been finalized for a lead role in the film.

Just when we thought that the casting of the film, directed by Vijay Krishna Acharya, had finally fallen in place, it seems that it is far from the reality.

According to a report in Pinkvilla, the film is not just a solo heroine project, but will also star Katrina Kaif in the lead.

According to the recent reports, Aditya Chopra had loved Aamir Khan’s sizzling pairing with Katrina Kaif in Dhoom 3. The duo shared sizzling chemistry in the film. It has also been learned that it was Salman Khan who recommended Katrina’s name to Aditya Chopra. It now seems like the film has landed in her pocket.

‘Thugs of Hindostan‘ will be produced by Aditya Chopra’s Yash Raj Films (YRF).

Directed by Vijay Krishna Acharya (Victor), “Thugs of Hindostan” is slated to release in Diwali 2018.