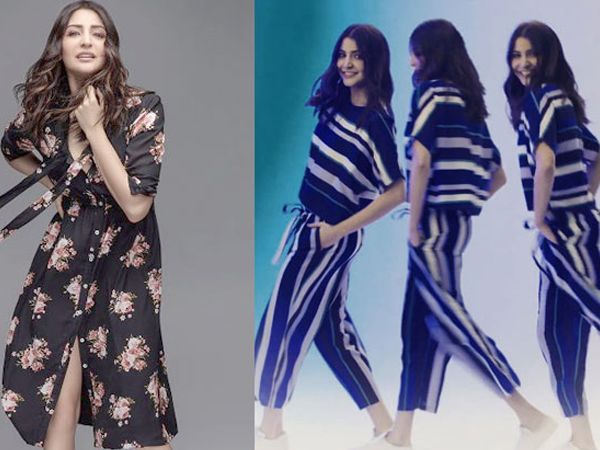 Anushka Sharma has donned many hats, from acting to producing films. Now the supreme beauty is all set to venture in a new area. Yes, the ‘Phillauri’ star has now turned designer and on Tuesday launched her new entrepreneurial venture, clothing line ‘Nush’. Anushka has been involved in choosing the styles, colours and fabrics that will be showcased in NUSH.

Anushka confessed that it is daunting and she is damm excited but nervous too.

Anushka Sharma said “My nature is such, that if I’m choosing to do something, I become completely involved. NUSH, my clothing line is my second entrepreneurial venture after my production banner Clean Slate Films. Now with clothing, I not only had to do something that I really believed in, but also keep in mind that each one of us is special and unique and have our own dressing styles that suit us.”

She further added, ” As a next-gen young girl, shopping for clothes that suited my sense of fashion under one roof was a struggle. I would end up going to different stores to put together the right casual ensemble. With NUSH, we endeavour to bring fashionable and beautiful clothes that you can wear to work, to college, to an evening do or even just to hang out casually, all under one label. I have personally taken interest in the styles of NUSH, so there’s a bit of myself in all the outfits. NUSH is for every woman who is her own stylist”.

In partnership,exclusively with Suditi Industries Ltd, NUSH will be available at Shoppers Stop in the large format stores, online exclusively on Myntra, and across various shop-in-shop outlets across India.

On the professional front, Anushka has her home production ‘Pari’ and also Aanand L Rai flick with Shah Rukh Khan and Katrina Kaif.