Aishwarya Rai Along WIth Abhishek & Aaradhya Visits Allahabad To Immerse Her Father’s Ashes!

Abhishek Bachchan along with Aishwarya and Aaradhya was spotted at Sangam, Allahabad as the family visited the holy ganga river bank to immerse the ashes of Aishwarya’s late father, Krishnaraj Rai. 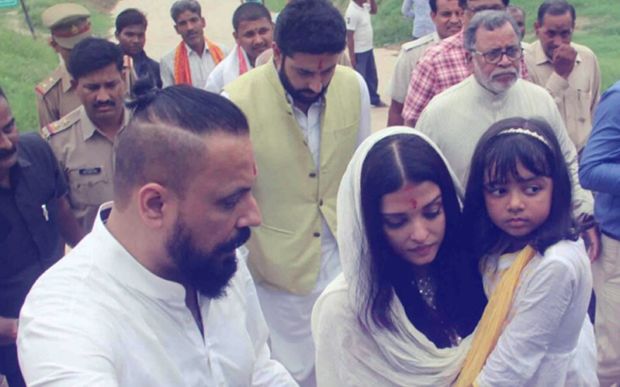 Aishwarya Rai was spotted in Allahabad with her daughter Aaradhya and husband Abhishek Bachchan, this morning. 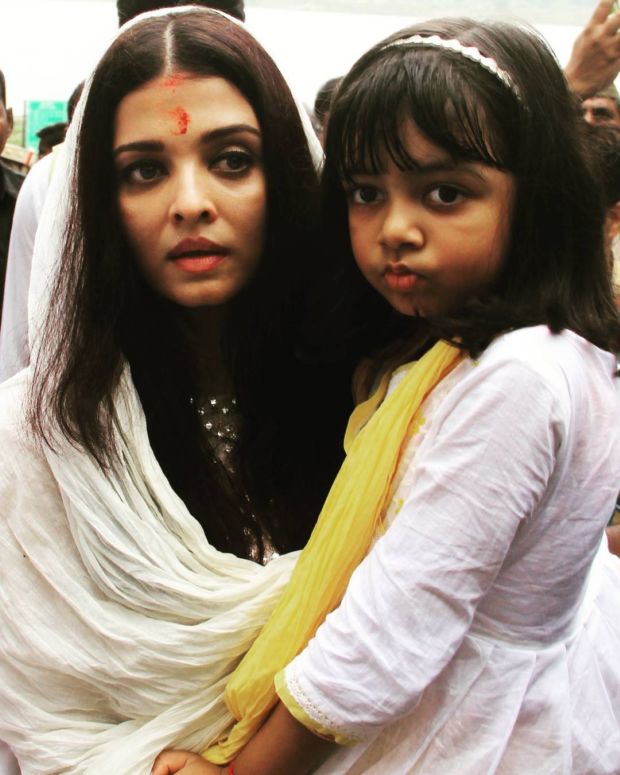 The family was in the city to immerse the ashes of Aishwarya’s father Krishnaraj Rai who passed away in March this year. He was suffering from lymphoma cancer that spread to his brain and was in the ICU in terrible health condition for over a week.

Aishwarya. Abhishek and Aaradhya were at Sangam, the holy river bank, to do the last rituals.