Aamir Khan, Kiran Rao, Kajol And Many Other Celebs Attended The Funeral Of Reema Lagoo

Veteran Bollywood actress Reema Lagoo passed away at the age of 59 after reportedly suffering from heart attack. After the actress complained of chest pain on Wednesday night, she was rushed to Kokilaben Dhirubhai Ambani hospital in Andheri, Mumbai where she took her last breath.

Reema Lagoo’s son-in-law told news agency PTI, “She was complaining of chest pain so we took her to hospital around 1 am. She passed away due to a heart attack around 3.15 am. She was perfectly fine and had no health issues…so it is really shocking for all us that she is no more with us.”

Lagoo’s sudden demise today morning has left everyone in shock. She was currently working on a TV show, Naamkaran, where her portrayal of the negative character was highly appreciated. 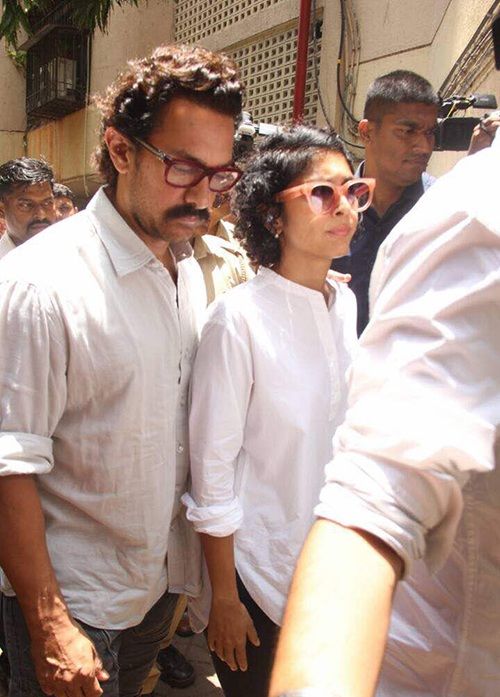 After her sudden demise, Aamir Khan rushed to her residence with his wife Kiran Rao. He looked visibly disturbed by the sudden turn of events. He even gave a message to a television channel and said that he is in state of shock and can’t believe that Reema ji is no more. 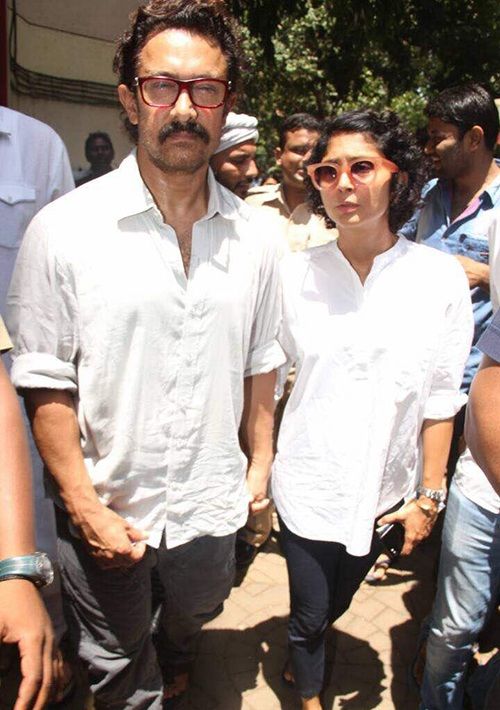 Aamir also told that , He has many fond memories with the actress as he played her on-screen son to her in his first movie Qayamat Se Qayamat Tak. He even appreciated her acting skills and said that she was extremely socially conscious as she volunteered to do work for his Paani foundation.