The makers of ‘Viceroy’s House’ have changed the title of their film to ‘Partition 1947’ directed by Gurinder Chadha.

The film poster of “Partition 1947″ is released now. It is based on the true story of the final months of British rule in India. Check out the first poster here: 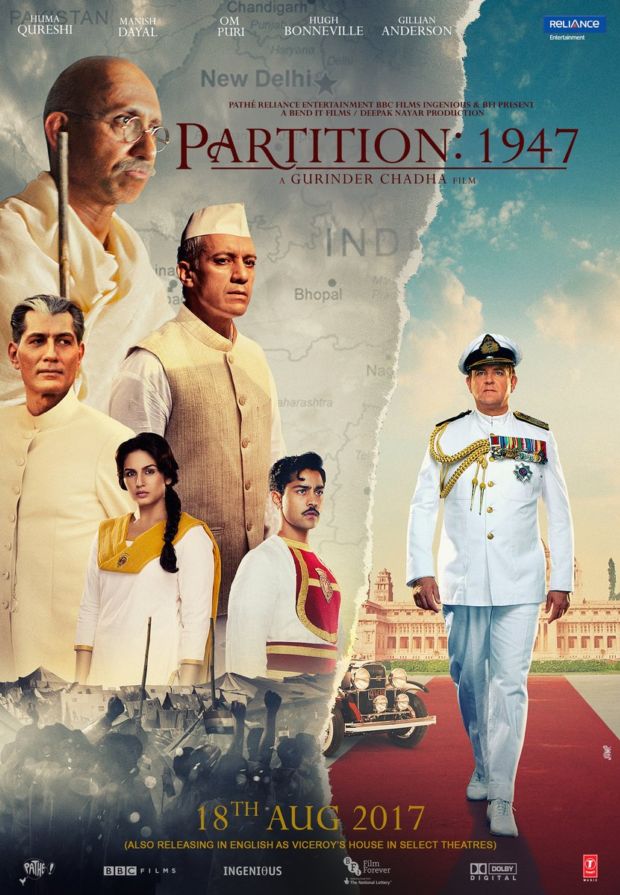 The release coincides with the 70th Anniversary of the Independence of India and the founding of Pakistan. After 300 years of British rulers, the last Viceroy, Lord Mountbatten, was charged with handing India back to its country people. It is a story that is deeply personal to Gurinder, whose own family was caught up in the horrified events that unfolded as the ‘British Raj’ came to an end.

Huma Qureshi, who is making her international debut, says she has put her heart and soul in the ‘moving’ tale of the India-Pakistan partition. Other than what went on the political frontiers, the film has a fictional side introduced with Huma Qureshi and Manish Dayal’s on screen romance. It tries to project how partition affected the fortune and fate of Aalia, a Muslim girl played by Huma and Jeet, a Hindu boy played by Manish.

Earlier, this year, the film has already marked its release in Berlin and United Kingdom as Viceroy’s House. But, to give it an Indian touch and feel, the makers have changed its title to Partition 1947.

Distributed by Reliance Entertainment, film Partition 1947 will be fortunately releasing in the Independence week on 18th August 2018 in cineplexes.