FIRST LOOK of Movie “102 Not Out” Starring Amitabh Bachchan And Rishi Kapoor Is OUT!

Bollywood’s two ace actors Amitabh Bachchan and Rishi Kapoor have been seen together almost after 3 decades for the upcoming film “102 Not Out”. The film is based on the Gujarati play of the same name and will be directed by Umesh Shukla. In fact, the actors will even speak a few lines in Gujarati in the film. 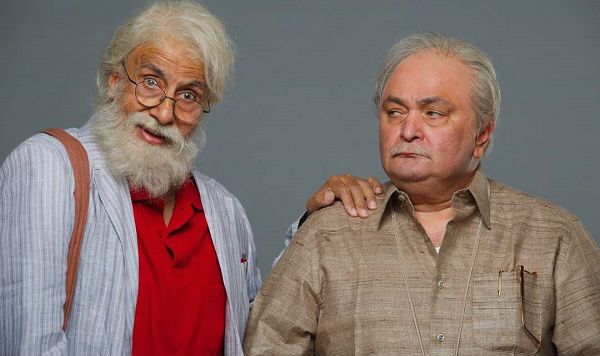 The film features Amitabh as a 102 year-old-man and Rishi Kapoor as his 75 year-old-son.

Few days ago, Rishi Kapoor took to twitter and wrote, “Wonderful to work again with the Legendary Amitabh Bachchan. Thank you Amitji, it never felt the 26 years old hiatus. We connected instantly!”

Well Taran has also posted the first look of this father-son jodi of Amitabh and Rishi. He entitled the image as “Amitabh Bachchan and Rishi Kapoor reunite after almost 3 decades for director Umesh Shukla’s #102NotOut… Filming commences in Mumbai…” 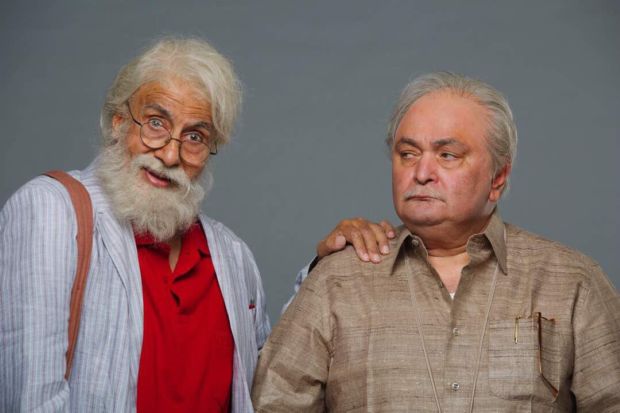 The film is directed by Umesh Shukla, who previously did movies like Oh My God and All Is Well. “Amitji and Rishiji are collaborating after 26 years. They are playing Gujarati characters for the first time. Being a Gujarati myself, I had certain references in my mind which we used to create their look.”

“They are really good with the language and have a tutor on the set to guide them. All of us are having a blast. Both are extremely devoted actors and have their own methods of working. We did a three-four days workshop last month and it was so much fun!” he added.

Amitabh and Rishi have previously seen together in films like Naseeb, Amar Akbar Anthony and Kabhie Kabhie.

Tagged with: 102 Not Out Amitabh Bachchan Bollywood Rishi Kapoor