SRK ‘Raees’ and Rakesh Roshan ‘Kaabil’ to release on the same day for which, on Monday night, Shah Rukh Khan and Riteish Sidhwani finally met filmmaker Rakesh Roshan at his Juhu residence. The issue was presumably to request Roshan Sr to move the release date of Hrithik Roshan-starrer Kaabil from January 26 to another date. However, seems like the clash hasn’t been averted yet. 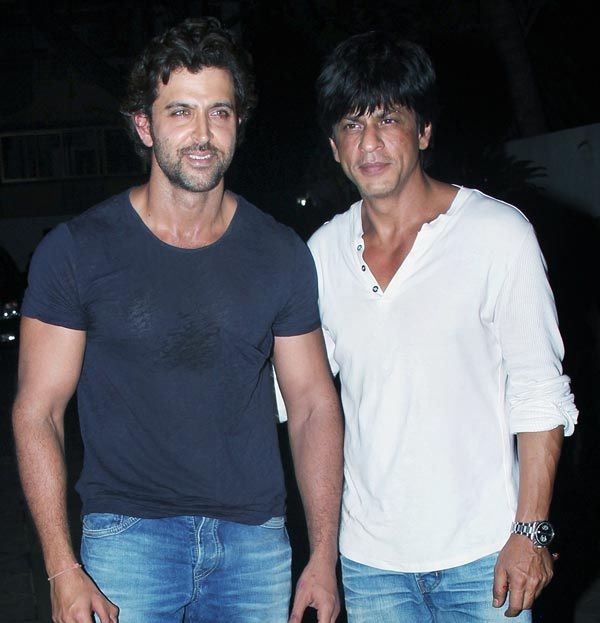 About the film clashing SRK said “We (SRK and he) spoke (to each other) and said we are actors and we should leave it to the producers to decide.”

Roshan Sr confirms that SRK and Sidhwani had come to meet him but denies discussing the Raees–Kaabil clash. As he reveals to us, “We didn’t discuss the shifting of the release date. Shah Rukh called and said that we haven’t met for a long time so they came over.” However the producer maintains, “We were just sitting and chatting like old times. It was good to catch up as we have done many films together I gave Shah Rukh a break in King Uncle, then Koylaa and Karan Arjun.”

So has he decided to shift the release date of his film post the discussion? He says, “No. What is there to change? We have announced the date earlier. But we are all friends and will sort it out.”

Nothing can be said yet, Who will beat the odds at the box office on 26 January. Lets see.