Ribbon poster showcases a buubling chemistry between the fresh pairing of Kalki Koechlin and Sumeet Vyas. Have a look… 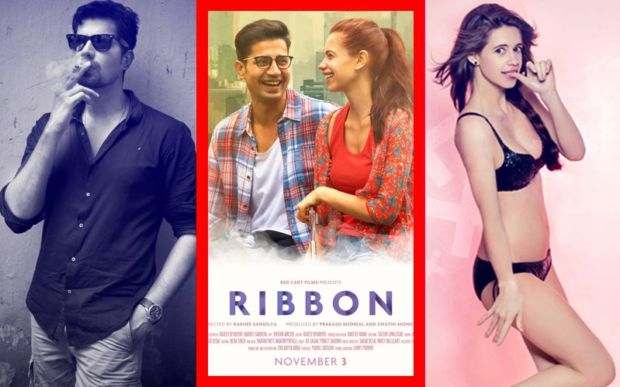 After receiving superb positive response on the teaser of Ribbon, the makers have released its first official poster of the film a while ago, which shows an interesting chemistry between the fresh pair, Kalki Koechlin and Sumeet Vyas. Check it out: 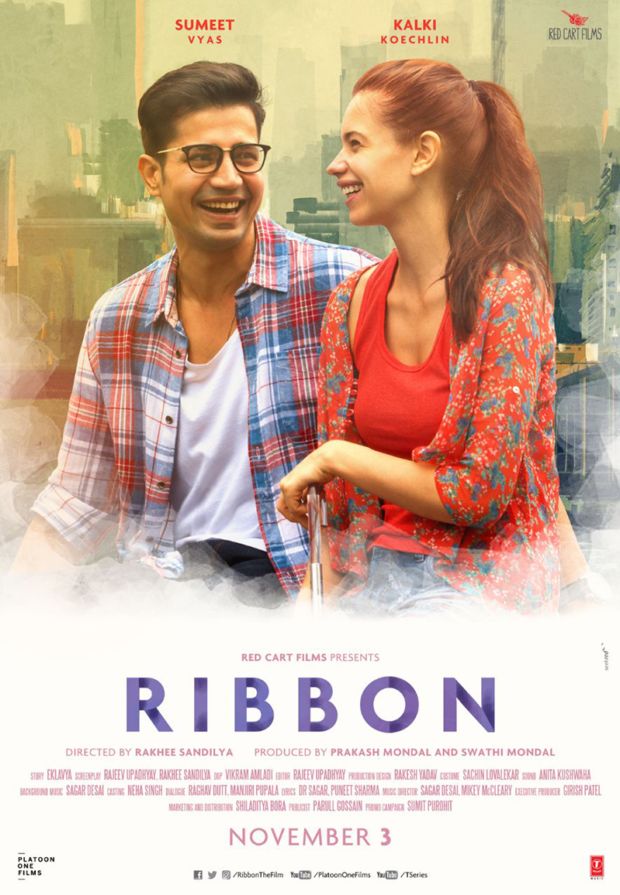 Sumeet Vyas And Kalki Koechlin In The Ribbon Poster 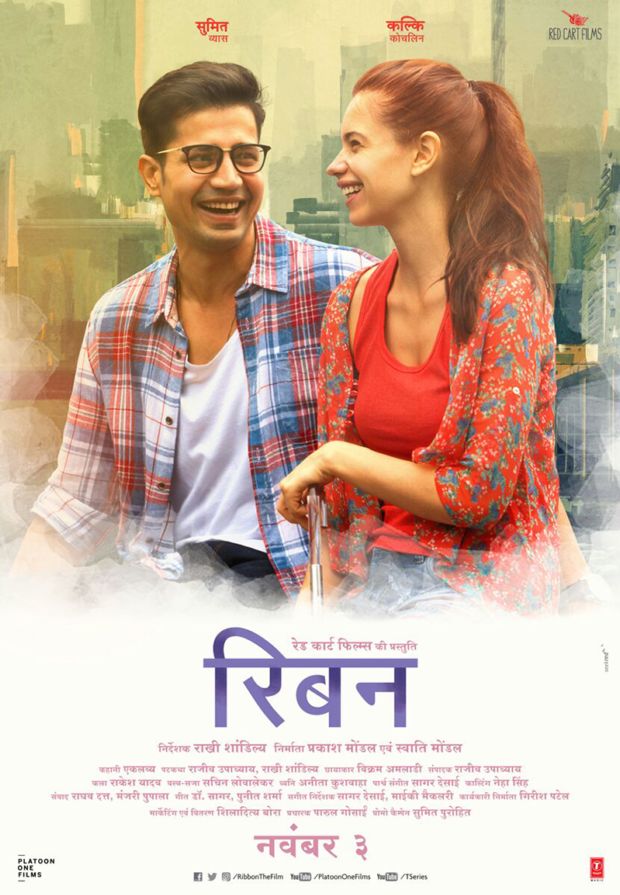 Directed and co-written by Rakhee Sandilya, Ribbon has been produced by Prakash Mondal and Swathi Mondal of Red Cart Films, and is scheduled to release across India on November 3.

On the professional front, Sumeet is also busy with the shoot of Veere Di Wedding, where is is paired opposite Kareena Kapoor Khan. Also, Kalki is set to come up with Jia Aur Jia, which hits theaters a week before Ribbon. Alongside Kalki, the film stars Richa Chadha.

Also See: List Of Bollywood Actresses Who Are Few Years Elder Than Their Husbands!