The first look poster of Veere Di Wedding starring Kareena Kapoor Khan, Sonam Kapoor, Swara Bhasker and Shikha Talsania is out and it is quite impressive & sensational. 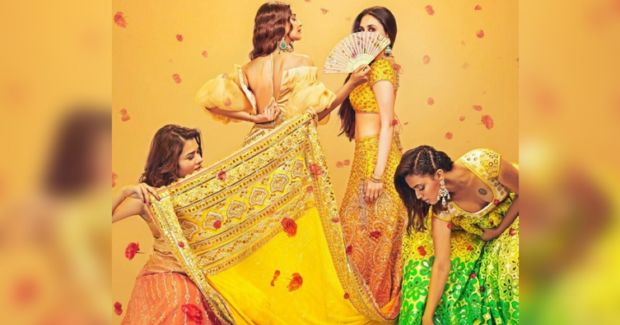 The makers have tickled the curiosity buds of the fans with a sight of the film, where we see all four women – Sonam Kapoor, Kareena Kapoor Khan, Swara Bhaskar and Shikha Talsania prepping up for a grand event, probably a wedding. 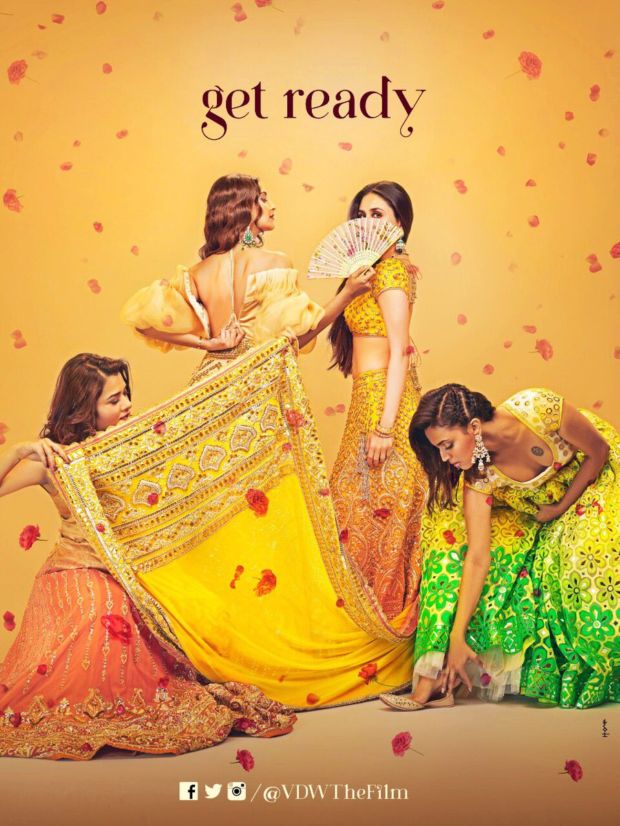 In the pic, all four are decked up in gorgeous lehengas, helping the other to solve each other’s chaos but they do not exactly reveal their look.

The film went on floors this August and the team already wrapped the first schedule in Delhi just before Diwali and kick started another one in Mumbai just a couple of days ago.

With the film, Kareena will be seen making a comeback post her pregnancy.

“Veere Di Wedding” is being produced by Rhea Kapoor and Ekta Kapoor. The film will be releasing in 2018.

Also See: Check Out How These Top 13 Pakistani Actresses Look With And Without Makeup!