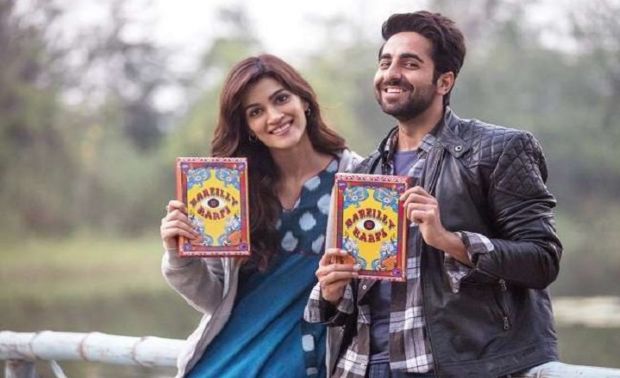 From few days, Aysuhmann Khurrana and Kriti Sanon starrer film ‘Bareilly Ki Barfi’ was getting shot in Uttar Pradesh, but the audience will not get this sweet before next year in July.

Means release date of ‘Bareilly Ki Barfi‘ has been decided. Kriti Sanon and Ayushmann Khurana starrer film will release on 21 July 2017 on the screens.This film will be directed by Ashwini Iyer and Rajkumar Rao will also be seen in this film, he will be the third angle between Kriti and Ayushmann love. The story of the film is about a fun-loving girl of UP and her father has a shop of sweet and Ayushmann has one printing press. The shooting of this film was done in Lucknow as well as other cities of UP. The shooting had kicked off in Lucknow in October and the team has wrapped up their first schedule.

Well, Kriti Sanon, these days have become a fan of Uttar Pradesh. After Bareilly Ki Barfi, she will be seen in the film named as Lucknow Central. Her film ‘Raabta‘ is going to release, Sushant Singh Rajput is also in the film. ‘Raabta’ is directed by Dinesh Vijan. Whereas Ayushmann is waiting for the film ‘Meri Pyaari Bindi’ with Parineeti Chopra. Ayushmann Khurana in this film will be seen as a writer. Parineeti will also be seen singing a song in this film. Songs in the film are sung by Shreya Ghoshal, Monali Thakur Papon & Kumar Sanu.