International glossy Maxim just released the list of the 100 sexiest women of 2017, and both Priyanka Chopra and Deepika Padukone got listed in it. However, PeeCee has beaten Dippy by a significant margin. 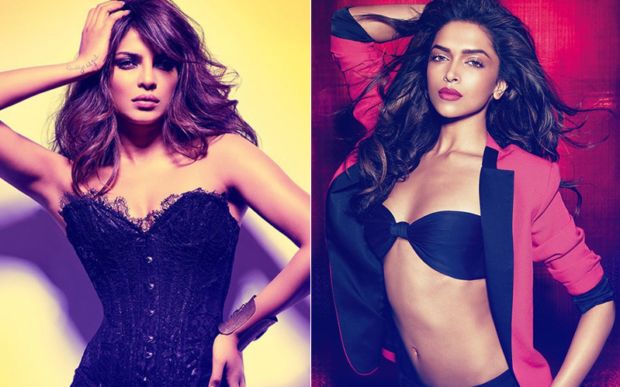 Priyanka Chopra and Deepika Padukone are gradually accomplishing their name in Hollywood. The two have each done a Hollywood film and things seem to be on an upswing for the actresses.

According to recent reports, Priyanka is in talks to sign her third Hollywood film, Isn’t It Romantic, after Baywatch and A Kid Like Jake.

Now, Priyanka and Deepika have both found a position in Maxim’s Hot 100 List of 2017. Now that’s a feat in itself.

However, we couldn’t help but significantly notice that Priyanka has comprehensively beaten Deepika in this list. While Priyanka features on 8th position, Deepika is positioned 61st in the list.

Looks like Priyanka’s increased exposure to the media and greater number of projects have given her the demarking edge in the list. The actress has beaten the likes of Emma Stone, Margot Robbie, Dakota Johnson, Emma Watson and Cara Delevingne and many others to stay secured in the top 10.

Deepika and Priyanka share a cordial relationship. The two have worked together in films like Goliyon Ki Raasleela Ram Leela (2013) and Bajirao Mastani (2015) and also gave fans a hints of their camaraderie on Koffee With Karan.

Meanwhile, Priyanka is garnering immense appreciation for her Hollywood debut film, Baywatch. Even though the film has been panned by the western media, PeeCee has been termed ‘unused’ and a strong performer.

Also Read – The Breathtaking Looks Of Deepika Padukone In The Cannes 2017!