Bollywood sensation Katrina Kaif recently wrapped up her Tiger Zinda Hai shooting. The film, an action thriller, promises to show her in her glamorous gorgeous best. But before this, Katrina has recently shot for a fashion magazine. 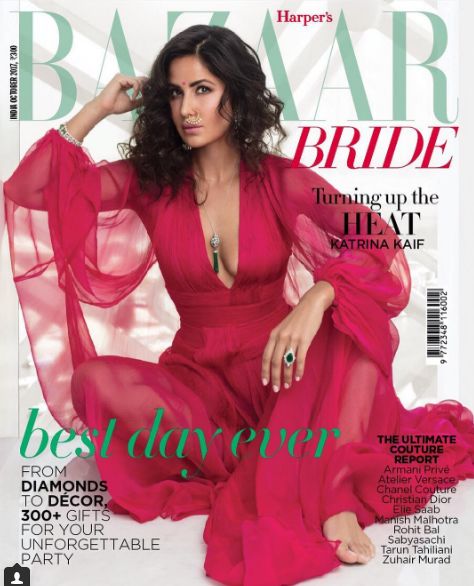 She sizzles on the magazine cover beautifully in a magenta coloured dress, curled hair and a nose ring. The actress looks ethereal as well as sensuous as she takes on the modern Indian bride avatar.