Sonakshi Sinha Is About To Sing Akira’s Song Live

Of late, many Bollywood actors have tried their hand at singing. The latest one to jump on the bandwagon is “Dabangg’” actress Sonakshi Sinha.

Sonakshi who will be singing live for the first time at a college here, says she is excited to see her dream of singing turn into reality. 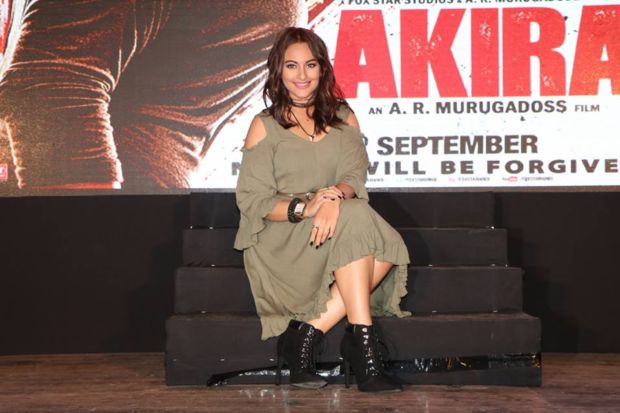 Sonakshi, who has sung a track titled Raj raj ke for her upcoming film “Akira”, will perform live on Wednesday.

“Performing for a live audience has been my dream since I was a child. I want people to dance to my tunes. It’s like a dream come true. I’m really excited,” says the actress.

The actress, who made her debut into singing with a new single titled “Ishqoholic” last year, added that she feels “lucky to have the opportunity to sing such a beautiful and soul-touching song like Raj raj ke”.

Sonakshi hopes she wins everyone’s hearts with her live gig.

She said: “When I heard the song a few days before the shoot and while we were shooting the video, I couldn’t stop singing it. From that, it led to me recording for it and from that to actually performing it live, is like a big dream come true.

“I’m very excited. I really hope everyone likes it.”

Presented by Fox Star Studios, “Akira” is directed by A.R. Murugadoss, who had previously directed Sonakshi in the film “Holiday”.