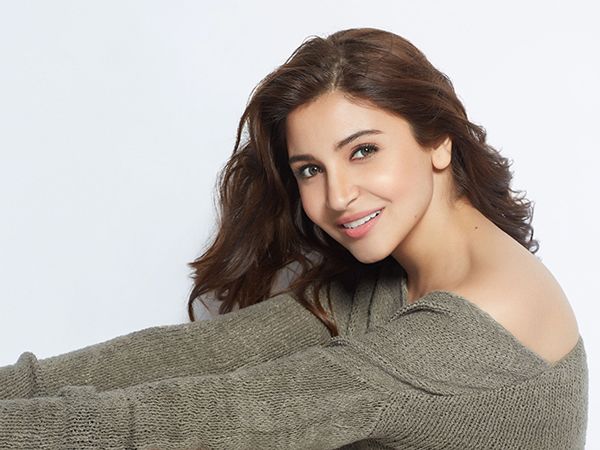 In her eight-year-long journey in the Hindi film industry so far, Anushka Sharma has tasted success with commercial hits like ‘Rab Ne Bana Di Jodi’, ‘PK’ and the latest, ‘Sultan’ — and also faced failure with ‘Bombay Velvet’ and ‘Matru Ki Bijlee Ka Mandola’. But the actress-producer says neither success nor failure affects her dedication.

“‘Bombay Velvet’ was a big disaster I have faced. But the kind of person I am, I don’t take success to my head or failure to my heart. I feel that is important because I feel in an industry which is so fickle, you realise that soon,” Anushka told IANS over the phone from Mumbai. [sic]

She is all of 28, but she believes she is a very “aware kind of person” and “practical about things”.

“When you realise that something in this industry is such a fickle thing — you don’t hold too strongly to anything. So I feel because of that, I have managed to stay above the surface.”

Anushka is currently riding high on the success of her latest release ‘Sultan’, which saw her share screen space with superstar Salman Khan. Salman is the third big Khan of Bollywood that Anushka has worked with.

She had made her debut with the Shah Rukh Khan starrer ‘Rab Ne Bana Di Jodi’ and later starred with Aamir Khan in ‘PK’.

How has it been to work with the three superstars — a feat that not many actresses achieve?

“I have never really thought about all these things happening to me. I never thought about ‘I’ll get to work with all the three Khans’. It really wasn’t something that ever occurred to me in my mind. But I feel humbled and happy… The contributions that I have had in the films is what makes it special for me,” Anushka said.

She also feels “fortunate” because they are huge superstars of the country and have phenomenal reach, which helps her work to get through to other people.

“Their reach is phenomenal and because of their reach and their fan following, my work gets through to so many other people… So I feel happy, humbled and loved by the people for the appreciation I am getting for Aarfa’s character (in ‘Sultan’),” she said.

Anushka has also worked with some formidable directors during her career. From being a part of late legend Yash Chopra’s last film ‘Jab Tak Hain Jaan’ to working with Karan Johar, who has directed her in her forthcoming ‘Ae Dil Hai Mushkil’, she has also worked under the direction of names like Rajkumar Hirani, Zoya Akhtar and Ali Abbas Zafar.

She says her journey has always been about her own choices — “whether it means producing a film at the age of 25 or it means not doing that many films”.

“Somewhere in my life, I have always been a bit of risk-taker in that I have never listened to things people have told me or things that have preceded in terms of what other people have done, what are other actresses doing or what is the right way of following the career. I have not paid much attention to those things,” added the actress, who turned producer with the gritty drama ‘NH10’.

Whatever she does, she follows her gut.

“I feel sometimes when you follow your gut and instinct and you don’t feel afraid, I think god blesses you… It is said that luck follows those who follow their instincts and I have just followed my instincts.”

Coming from an army background, Anushka had absolutely no Bollywood backing. She wasn’t even dreaming about being an actress when she landed a role in a Shah Rukh Khan starrer, produced by Yash Raj Films.

She also credits filmmaker Aditya Chopra for making her one of the top actresses today.

Being an outsider turned out to be an advantage for Anushka, who feels she didn’t come with any “pre-conceived notions about the way you have to do things”.