Our Desi Girl Priyanka and the ‘Quantico’ star for Americans is all set to feature in two new Hollywood films after ‘Baywatch’. The films ‘A Kid Like Jake’ and ‘Isn’t It Romantic’ are on the floors already and and her stunning pictures from the sets of latter are just rocking the Internet.

There are two reasons for the buzz these captures are creating, one, Priyanka looks stunning in a pink dress and two, her co-star Adam giving her Heimlich maneuver which is abdominal thrusts you give someone who’s choked on food to get it out of their body. 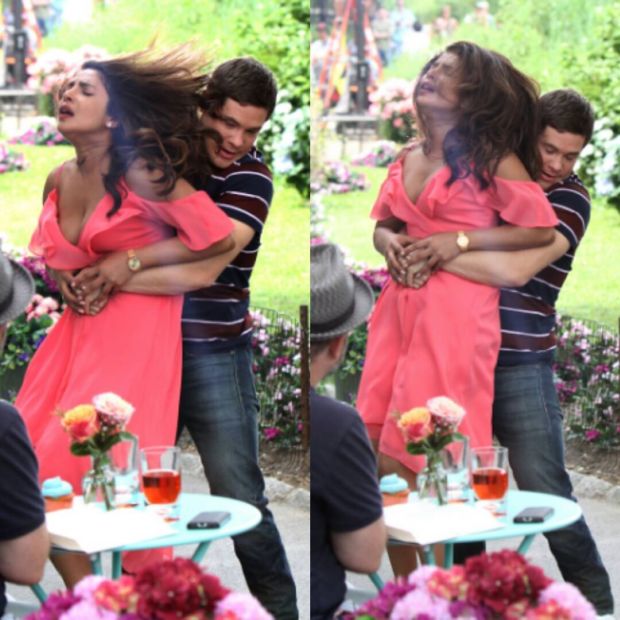 These romantic pictures of the two seemingly caught in a cozy moment during this are spreading like wild fire. The film also stars the famous actress-comedian Rebel Wilson, Adam LeVine and Liam Hemsworth along with Priyanka.

See the naughty pictures and videos from the sets of ‘Isn’t It Romantic’ below: