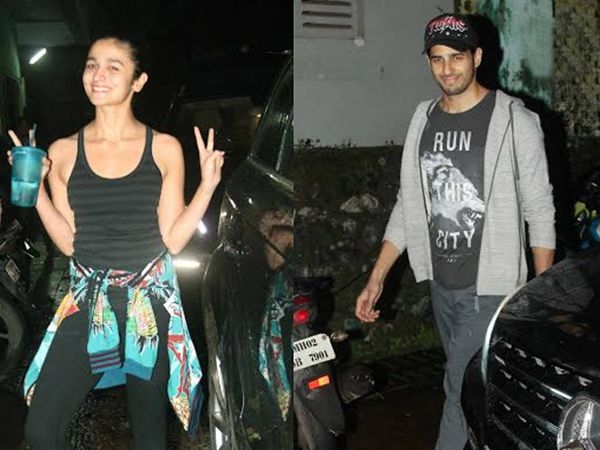 Sidharth Malhotra and Alia Bhatt, both are the heartthrobs of the current generation, and had made their debut together with Karan Johar’s ‘Student of the Year’. The rumours of the duo dating have been doing rounds for quite a while now, but an official confirmation from the alleged couple is still awaited. However, the buzz on these lovebirds always comes into the limelight whenever they are spotted together. One such similar incidence was seen on Wednesday night when Alia and Sidharth were snapped in MHADA. Though they were not clicked here together in one frame, allegedly both lovers got down from the same SUV and were in a good mood as they posed for the shutterbugs. Our camera even caught ‘Baaghi’ actress Shraddha Kapoor in the same area with a shopping bag of Dance Essentials clothing store.

Check out the pictures here: