Rishi Kapoor Made Us Laugh With His Tweets

If there is one celebrity you should follow on Twitter, it is Rishi Kapoor. From slamming politicians to cracking jokes on his family lineage, this actor has done it all in his feed. With every post, he beats himself in being more funny. Even his bio reads as – Son of a famous father-father of a famous son, I am the hyphen in between them. 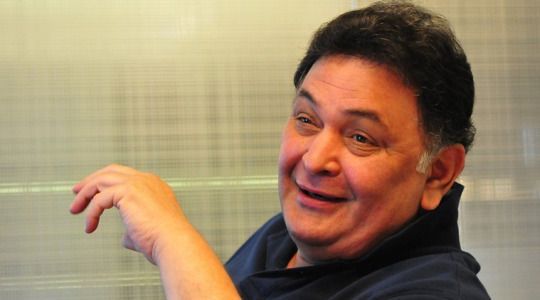 Here are 10 tweets by Chintu uncle, aka @chintskap that had us rolling on the floor, literally!

1. When he answered the biggest question haunting the world!

2. When he trolled his own fan!

Just for Laughs.Punjabi father to his son- “No Puttarji, George Clooney is not a Housing Complex in New Delhi”

4. When he trolled the sale collection of a leading retail brand

5. We can never get tired of husband-wife jokes, can we!

6. Beware! @chintskap has his eyes on you!

7. He was funny even when he sparked off a debate about places named after the Gandhis in India

Why Indira G airport International ? Why not Mahatma Gandhi or Bhagat Singh Ambedkar or on my name Rishi Kapoor. As superficial! What say?

8. When he made fun of the weight issue that runs in his family!

10. Just when we think he cannot get funnier, he proves you wrong!