Our dimple smile actress Preity Zinta married her boyfriend on February 29th 2016 and the hush hush love between them couldn’t hide for longer from the media. The marriage happened a bit soon and it was a surprise for many. Earlier Preity quoted saying that the marriage happened early because of her mother as she was tensed about her daughter’s settlement.

The couple looks superb together and talking about their love, it is strong, vibrant and Mrs. Goodenough loves her pati-parmeshwar to the core. Currently, the couple is enjoying their vacation in California. And we will also share some masala about their marriage.

Check out the lovey-dovey pictures: 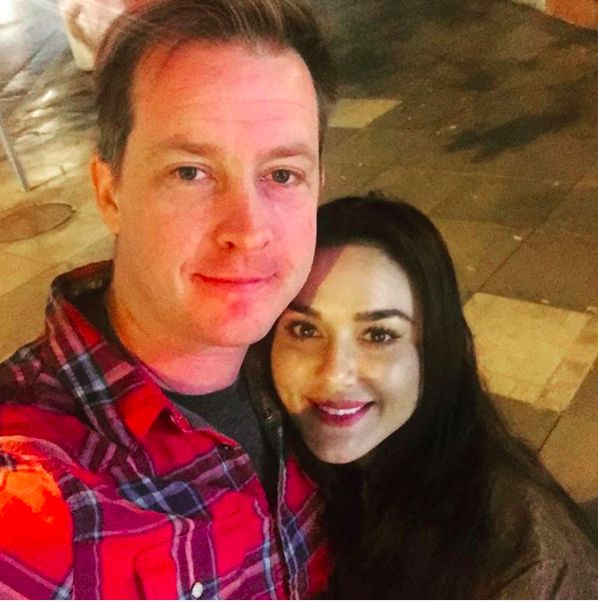 Preity and Gene walked down the aisle in a private ceremony in Los Angeles last year. The lovebirds had met in Santa Monica and had dated for five years before deciding to unite. And they’re cherishing every moment! 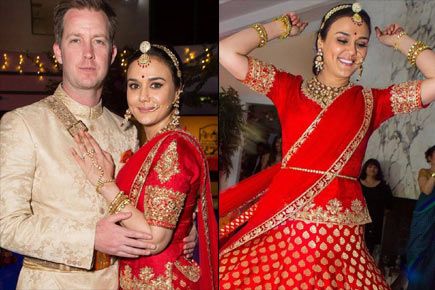 The couple looks beautiful together. Talking about Bollywood biggies, everyone was happy to know the fact about their wedding. 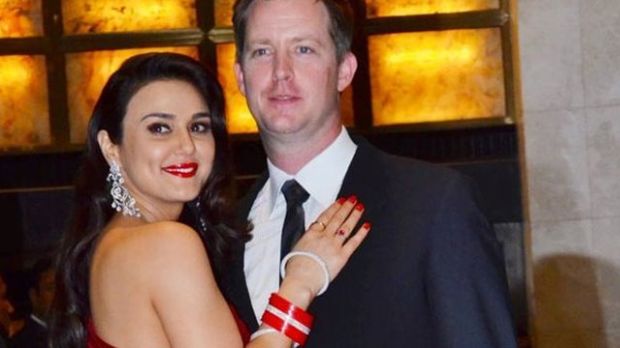 In an earlier interview to a leading tabloid, she had said that she is indeed super lucky to have Gene as he pushes her to work. She said, “For me, it is very simple, I am married, working and very happy. I am lucky that I am married to a person who actually pushed me into doing a movie. I thought I didn’t want to do any more movies as I moved to the business side of life.”

On the professional front, Preity is all set to be back on the big screen with Bhaiyyaji Superhit alongside Sunny Deol and Ameesha Patel. The film is directed by Neeraj Pathak and will be soon released. 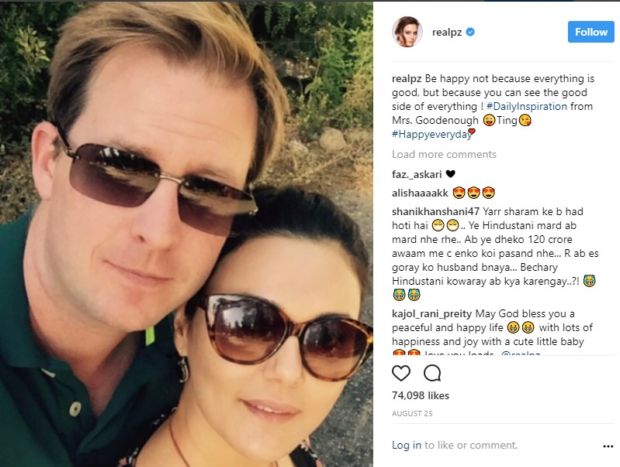 This photo of the couple surely gives us good couple-goals and wish to have them like this forever and ever!

She entitled this picture as ”Be happy not because everything is good, but because you can see the good side of everything ! #DailyInspiration from Mrs. Goodenough 😜Ting😘 #Happyeveryday❤️”.”

Zinta recently made a special appearance on Farah Khan’s ‘Lip Sing Battle’ where she danced to ‘Rock n Roll Soniye’ with Karan Johar from their film ‘Kabhi Alvida Na Kehna’.