Bollywood actress Soha Ali Khan and her husband Kunal Khemmu are expecting their first child. The couple are on cloud nine these days. Recently, Soha has now posted some beautiful pictures in which she is looking adorable as she flaunts her baby bump.

Now, she has again posted an inspiring picture in which the mommy-to-be actress is performing Yoga asana. She posted the pic and entitled it as “Ready for battle in @nine_maternitywear fitness gear #warriorpose #yogaforlife #applewatch#fitnessgoals @rupal_sidh” 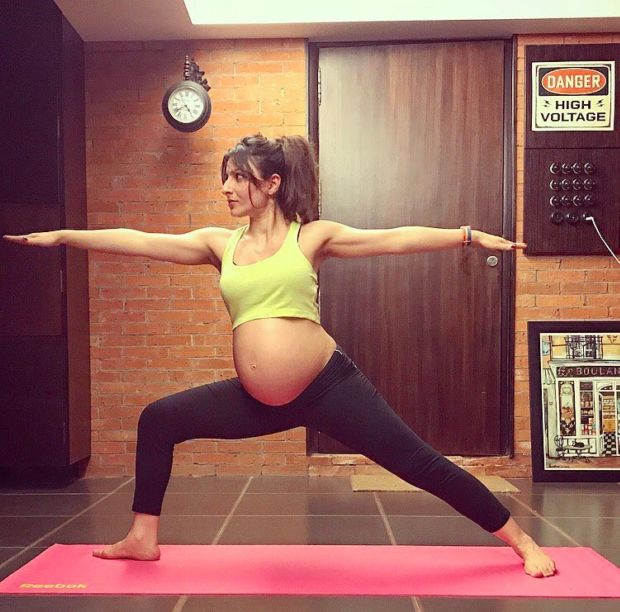 Soha is enjoying her maternity phase to her level best.

Well, this is not the first time when Soha has posted such picture. On International Yoga Day this year, Soha posted few pics in which she is looking cute as she flaunts her baby bump while performing ‘Yoga Asanas’.

The photo also has a good message in the caption which reads, “This #internationalyogaday 2017 don’t pose for the photographers, pose for yourself ????????#yogaforlife“.

She also posted a picture collage in which she can be seen performing various Yoga asanas. It has been captioned as, “Who says you can’t stay fit when pregnant ?! with @rupal_sidh #applewatch and #Masti ????????????????❤️#doga #yogaforlife #internationalyogaday 2017” 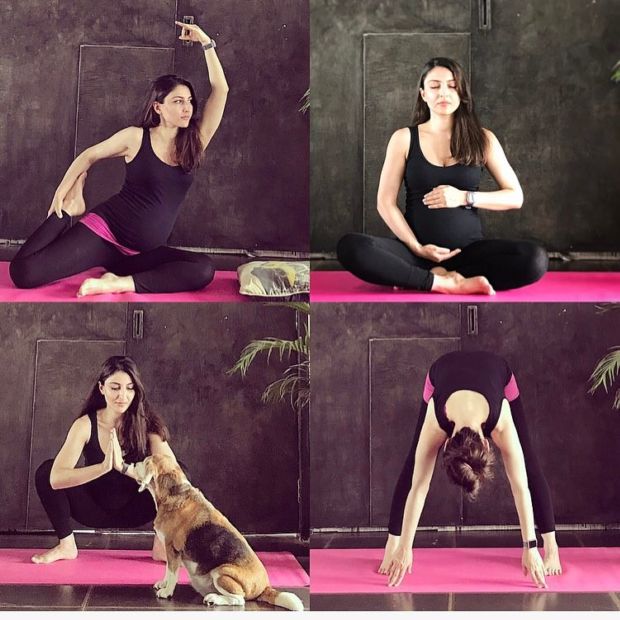 In the pics, pregnancy glow is clearly visible on Soha’s face.

On the professional front, Kunal Khemu will now be seen in the multi starrer ‘Golmaal Again’, for which he is presently shooting in Hyderabad. While Soha was last seen in the film ‘31st October’ with Vir Das. Reports were doing the rounds that she will be seen with her husband Kunal in the ‘Go Goa Gone sequel