Gossips of Malaika Arora and Arjun Kapoor’s alleged affair have been doing rounds in the news for some time now. Both the actors have often seen together on many occasions and it seems like Malaika is damm upset about it. 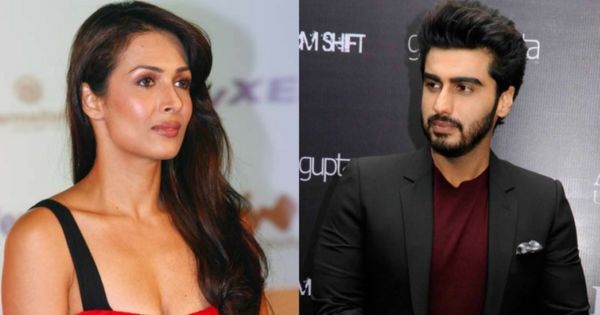 Recently, the actress visited an event along with Bipasha Basu and Sussanne Khan and when someone from the media asked about her relation with Arjun Kapoor, this is what Malaika had to say:

“Seriously? Talk about us…we are three independently wonderful and amazing women, talk about that. Why don’t you talk about the fact when we meet, what all happens. Everybody is laughing, happy and talking to us. Talk about that…I think that’s more interesting, right? Gossip karne ki kya zarurat hai?”

Just recently, when Malaika came on the show Nach Baliye 8, Arjun was present there too as he was promoting his film Half Girlfriend with Shraddha Kapoor. And that sparked fuel to fire!

According to a report in a leading daily, the duo never crossed each other’s path even though their vanity vans were parked adjacently.

Even the seat arrangements were in such a manner that the cast made sure the duo doesn’t sit next to each other and also both the actors did not spoken much to each other on the sets except for exchanging greetings.