Shah Rukh Khan has already started shooting for Aanand L. Rai’s next, where he’s playing the role of a dwarf guy. Anushka Sharma will soon be joining this wonderful team which she still hasn’t. The two, Anushka and SRK along-with Katrina Kaif will be seen re-uniting again after hit film‘Jab Tak Hai Jaan’.

We’ve got some pictures from the sets where SRK is seen shooting for a haldi scene from the movie.

Here are some leaked pics! 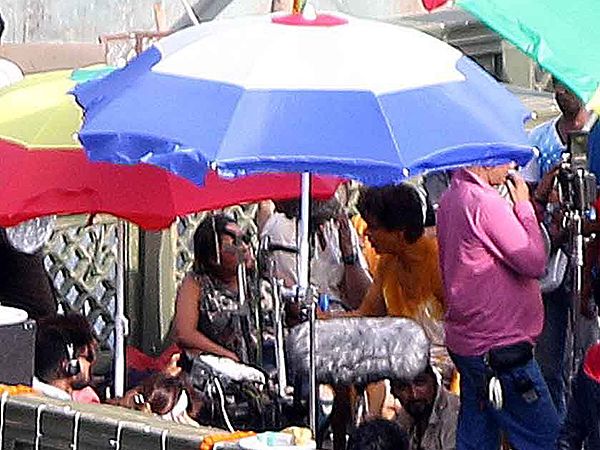 Shah Rukh Khan is busy chatting with the shooting team on the sets of Aanand L. Rai’s next film. 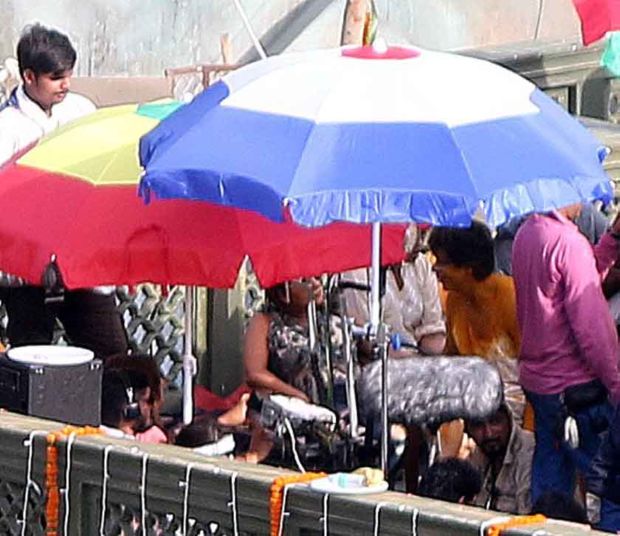 King Khan is drenched in haldi for a movie scene.