Know Why Kareena Kapoor Is Quite Upset With Deepika Padukone

Recently, bollywood diva Deepika Padukone clears all about her marriage rumours with Ranveer Singh by saying “I am not pregnant and I am not getting married”. Well, this statement allegedly didn’t go down too well with Kareena Kapoor Khan. 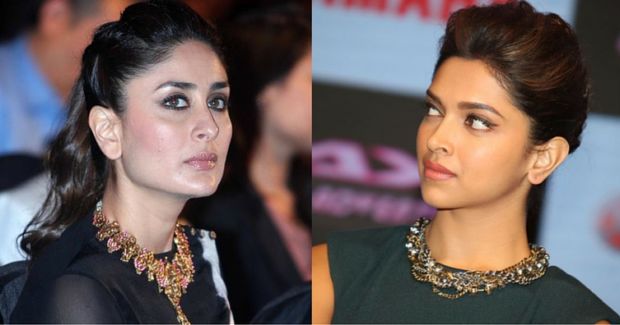 Bebo thinks that Deepika took this dig at her and is quite upset about it.

According to a source close to Kareena said ‘While it makes sense for Dips to deny her engagement and marriage rumours, which have been doing the rounds, Bebo can’t understand why she denied being pregnant, because no one said she was! Also she is annoyed at that it is being perceived that actresses who are making their family are no longer serious about their careers. She is about to start shoot for her next and that too with baby bump and we all know she will rock it.’

Few days ago, Kareena Kapoor Khan lashed out at the media saying that ‘“I’m pregnant, not a corpse. And what maternity break? It’s the most normal thing on earth to produce a child. It is high time the media back off, and stop treating me any different than I ever was. Anybody who is bothered shouldn’t work with me… but my work goes on as is, like always. Stop making it a national casualty. We are in 2016, not in the 1800s. Probably, even at that time, people were way more civilised and normal than the way the media is behaving and speculating now. I’m just fed-up of people making it to be a death of some sort. In fact, it should be a message to a lot of people that marriage or having a family has absolutely nothing to do with my career.”