How The Concept Of Patriotism Has Evolved In Bollywood 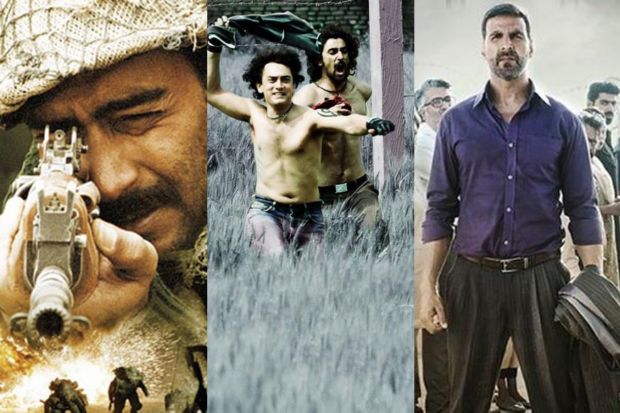 India is a entering its 70th year of Independence. While, leaders like Mahatma Gandhi, Bhagat Singh and Subhash Chandra Bose inspired fellow Indians to join the freedom movement, media had its own role to play as well. Movies, magazines, plays and music had a huge role in infusing the sense of patriotism in people’s mind since time immemorial. Even after independence, Hindi film industry stuck to the idea of patriotism and made films about the freedom movement or cross-country wars to reinstate the idea of a ‘proud nation’.

The post-independence era dealt with the idea of nation in a more unified way. 1950’s and 1960’s was the time when India was a young Independent nation grappling with post-colonial struggles. The films of that time reflected the visions of a hopeful nation. Films like Naya Daur, Mother India were being made to make the rural population feel connected with this new, advancing and industrializing country. The Sino-war played a significant role, cementing the patriotism in films. The trend of war films started with Haqeeqat where Kaifi Azmi gave vision to his famous lines Kar Chale Hum Fida. The war was lost by the nation but the Hindi film industry’s formula worked wonders in reinstating the idea and pride of a nation state.