Bollywood Actress Pallavi Sharda, who is mainly seen in desi avatar in her films, is very fashionable and audacious in her real life. Few Days ago, Pallavi shared a sizzling bikini pic on her Instagram account in which she is looking ravishing.

Her recently posted instagram pic is captioned as ”Water nymphy….shot by director man @dontpanic79 in #mauritius”. 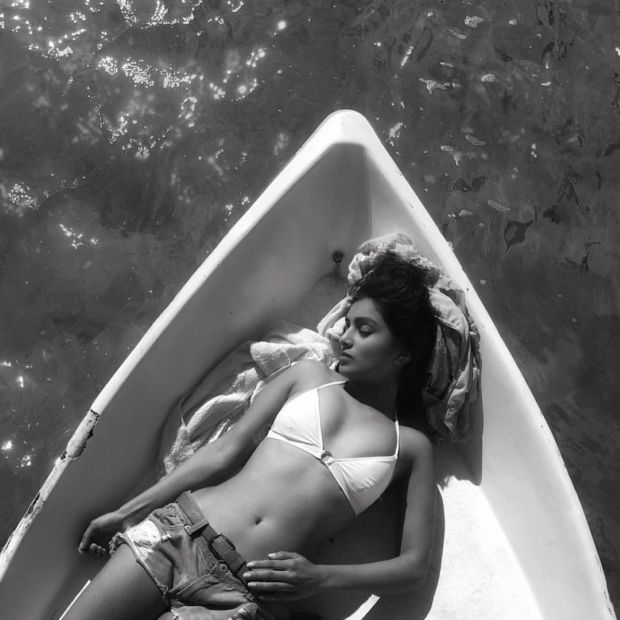 The actress can be seen enjoying on a boat looking fabulous in this black and white pic.

Pallavi did her Bollywood debut opposite Ranbir Kapoor in Box Office ‘Besharam’. After this, she did ”Hawaizaade” with costar Ayushmann Khurrana which is again flopped.

Pallavi Sharda was also crowned as ”Miss India Australia” in Sydney in march 2010.

Pallavi is also working as the ”Board of Advisers” for e-kutir, a social entrepreneurship company focused on improving the lives of Indians using the ”base of pyramid” model.

On the work front, she is all set for the release of her upcoming film ”Begum Jann” with Vidhya Balan.