Amitabh Bachchan Along With His ‘Thugs Of Hindostan’ Co-Stars Amir Khan And Fatima Enjoyed Movie Date In Malta!

Megastar Amitabh Bachchan, who is currently bust shooting in Europe for upcoming highly anticipated project “Thugs of Hindostan” alongside Aamir Khan and Fatima Sana Shaikh in Malta, took some time off from work and planned a movie date with his co-stars. 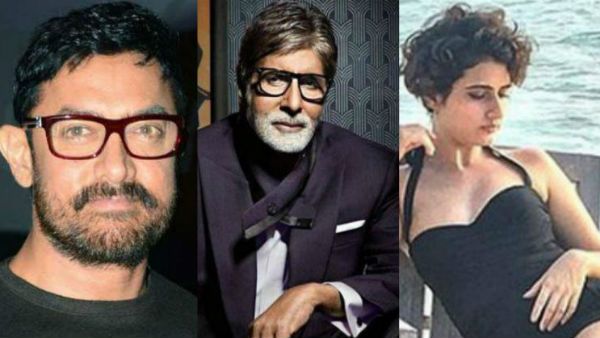 “A Sunday and stepped out with my co-stars Aamir and Fatima to a movie… walking care free on the streets, to a movie theatre,” Amitabh posted on Twitter on June 11.

Being made on a outlandish budget, the movie features high octane action to be shot on a luxury ship. An international group has been working hard to create these elaborate ships.

Mr Bachchan managed to go unclicked, but a fan of Aamir Khan spotted the actor near the ticket counter and immediately took a selfie picture with him and actress Fatima Sana Shaikh. The movie is slated to release on the occassion of Diwali in 2018.