Bollywood star Salman Khan loves kids and he proves this everytime with his candid pics. The actors gets attracted to kids wherever he sees them around. He is frequently seen giving preference to young fans over elder ones. Salman Khan loves to get clicked with young kids and infants and here’s lots of proof to it. Just have a look.

1. Salman with his nephew Ahil

Salman Khan is very fond of his nephew Ahil. He loves to spend his time with his nephew very much. 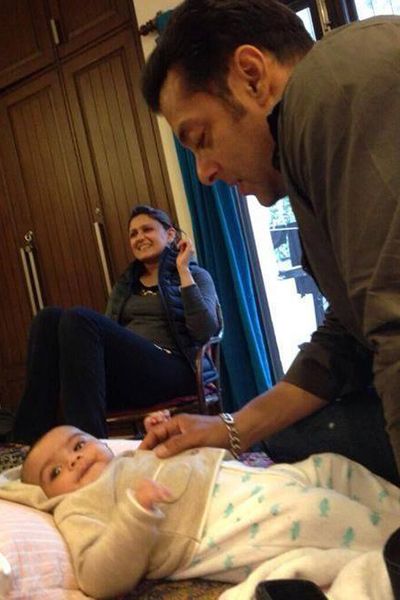 In this pic, it seems like Salman is having a good time with with a friend’s grandson.